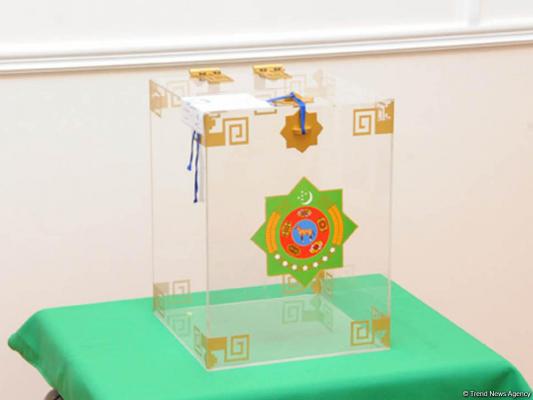 IIKSS - Campaigning continues for the presidential election in Turkmenistan, scheduled for Feb. 12, 2017, the Central Commission for Elections and Referendums of Turkmenistan reported Dec. 20.
The Turkmen MPs with the assistance of the Central Election Commission are holding meetings in Ashgabat and the administrative centers in the country’s regions.
Heads of ministries and departments, regional administrations, local government bodies, the Democratic Party, the Party of Industrialists and Entrepreneurs, the Agrarian Party, representatives of public organizations and associations, as well as law enforcement officials are invited to participate in these events.
In accordance with the Turkmen national law, all the candidates are given equal rights and opportunities for meetings with voters and their familiarization with the election programs and campaigning in the mass media outlets.
Three candidates are nominated for the president in Turkmenistan.
The Democratic Party nominated the incumbent head of state Gurbanguly Berdimuhamedov, the Union of Industrialists and Entrepreneurs of Turkmenistan nominated chairman of the Commercial Bank Rysgal, Bekmyrat Atalyev, and the Agrarian Party nominated Durdygylych Orazov.
Gurbanguly Berdimuhamedov has been elected twice as the country’s president. During the presidential election in 2012, 97.4 percent of voters cast their ballots for Berdimuhamedov.
Turkmen president is elected for a period of seven years, according to new amendments to the country’s Constitution.
Source: TREND