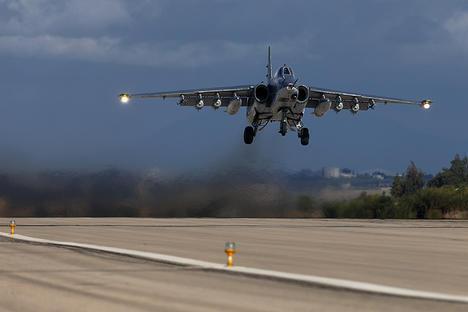 IIKSS - Iran is ready to consider Russia's request for using the Iranian military base at Hamadan at any time but talks on the issue have not begun yet, Iranian Defense Minister Hossein Dehghan told RT channel on Wednesday,
"Since we're cooperating with Russia in struggle with terrorism, we're given some privileges to it as regards the landings and takeoffs of combat aircraft and we'll consider these privileges for Russia again when we feel it necessary and if Russia makes a request for them," he said adding that Ithe Iranian authorities would consider the current circumstances and would make an appropriate decision.
"We didn't sign any agreement with Russia that would allow it to use our bases anytime," Dehghan said. "Proceeding from the circumstances and in case of a request from Russia, we'll be ready to grant assistance if we see a need for it."
In August, the Russian Aerospace Force used the Iranian airbase at Hamadan for the first time for delivering strikes at militants in Syria.
Source: TASS