Iran must continue to strengthen self: Leader Political and military events 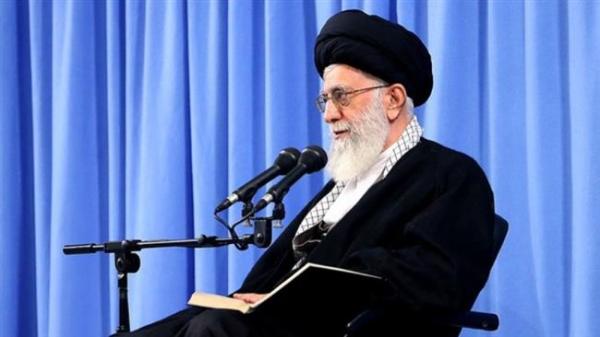 IIKSS - Leader of the Islamic Revolution Ayatollah Seyyed Ali Khamenei says Iran must continue to strengthen itself in the face of enmity from different parties.
Ayatollah Khamenei made the remark on Tuesday during an address on the eve of the anniversary of large-scale pro-establishment demonstrations that took place throughout Iran on December 30, 2009.
The day witnessed massive demonstrations in support of the ruling authorities in reaction to unrest that had ensued the presidential election in June of the same year.
The Leader termed the demonstrations as one of the examples of the Islamic Republic’s might.
Ayatollah Khamenei said no one had orchestrated that “unique” incident, which had rather been propelled by the “intellectual power” that constitutes the main structure of the Islamic establishment.
Elsewhere in his remarks, the Leader said, “Today, the geometry defining the arrogant powers’ confrontation with the Islamic Republic is directed toward robbing the Iranian nation of its material and spiritual power and conviction. In turn, we should preserve and strengthen that power day by day.”
Iran, Ayatollah Khamenei said, enjoys ample natural, human, and economic resources, follows logic, and has political platforms and competent military personnel and equipment.
The Leader said the hostilities and conspiracies directed against Iran are a response to the resourceful country’s opposition to the hegemonic system in the world.
“In the face of such enmities, the Islamic Republic should increase its strength; and that is the very reason for the insistence [made] on the enhancement of domestic power and the reinforcement of domestic structures,” the Leader noted.
The Leader compared the enemy to a thief who would seek to burglarize a house but pretends that the reason for its enmity is the defensive weapon held by the householder. “They, therefore, would attempt to disarm the householder through guile and various means such as talking, joking, smiling, and rebuking and enter the house.”
The Leader also strongly denounced the possession and application of nuclear weapons, saying, “The prohibition of nuclear weapons has very important jurisprudential and intellectual foundations, but the government and nation can endeavor to obtain other types of power.”
Ayatollah Khamanei has formerly issued a fatwa (religious decree) banning the possession and use of atomic bombs.
Source: PressTV

Turkmenistan to have summit on European gas   A Turkish diplomat says ...

The Kazakh Ministry of Defence is preparing the second contingent of Kazakh soldiers to be deployed as peacekeepers in ...