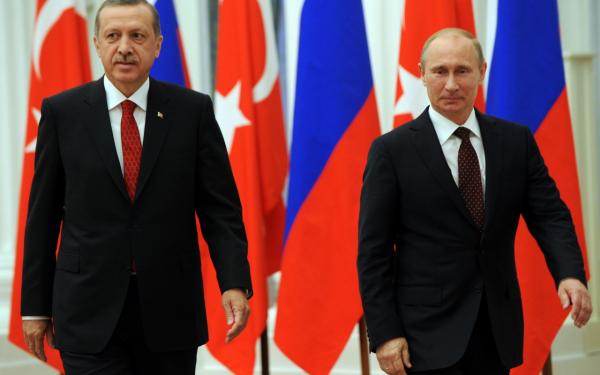 IIKSS - Turkey’s foreign minister Sunday said Russia has kept its recent promises to Turkey on upholding the cease-fire in Syria.
"In recent days, Russia has kept its promises on all efforts regarding the cease-fire, for humanitarian aid, for saving the people from there,” the war-battered city of Aleppo, Mevlut Cavusoglu said in southern resort province of Antalya, which he represents in parliament. "Furthermore, Russia has also given the necessary warnings to those violating the cease-fire."
Last week, Syrian opposition forces and the regime reached a cease-fire deal, brokered by Turkey and Russia, to evacuate civilians from eastern Aleppo to safe areas in opposition-held Idlib.
So far, 40,000 people have been evacuated from the area, according to Turkish authorities.
"Turkey has also kept its promises [towards Russia]," Cavusoglu said about the evacuation of civilians from Aleppo. "In this period, Russia and Turkey have trusted each other on strategic issues. Turkey and Russia have mutual trust in each other."
Syria has been locked in a devastating civil war since early 2011, when the Bashar al-Assad regime cracked down on pro-democracy protests – which erupted as part of the Arab Spring uprisings – with unexpected ferocity.
Since then, more than a quarter of a million people have been killed and more than 10 million displaced across the war-battered country, according to the UN.
However, the Syrian Center for Policy Research, a Beirut-based nongovernmental organization, has put the total death toll from the five-year conflict at more than 470,000.
Cavusoglu also gave welcome news to Turkish farmers, saying: "All barriers to trade [with Russia] will be lifted, including raw vegetables and fruit.”
Cavusoglu added that there should be no obstacles to trade between Turkey and Russia.
Trade and other barriers have been falling since Turkey and Russia mended fences over an incident in November 2015 when a Russian fighter jet was downed along the Syrian border after violating Turkish airspace.

Russian hopes for Iran trade boom run aground at Caspian port   Trade to Iran down at Russian port after ...

Militarisation from Asia-Pacific to MENA

Militarisation from Asia-Pacific to MENA   Today, the top of priority US foreign policy is the challenge of Chinese ...