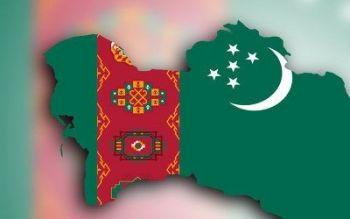 IIKSS - Turkmenistan’s economic growth has slowed down as a result of external factors, although domestic non-hydrocarbon growth has been supported by credit and structural policies in support of diversification, Mr. Martin Sommer, head of an International Monetary Fund (IMF) mission which visited Ashgabat early in December, said in a statement.
The IMF mission assessed macroeconomic and financial developments in Turkmenistan and discussed economic challenges and policy priorities with senior government officials and the diplomatic community, the IMF reported.
“Turkmenistan continues to be impacted by an adverse external environment, similarly as the other Central Asian countries,” Mr. Sommer said. “Hydrocarbon prices remain low and trading partner growth is muted.”
“The current account deficit is expected to widen significantly in 2016 as a result of lower energy revenues, and in spite of an active policy effort to substitute imports with domestic production, promote exports, and reduce public investment expenditures. The state budget is projected to record a small and better-than-planned deficit this year,” the statement said.
“The Turkmen authorities have taken a number of pro-active measures to address these challenges. They devalued the manat in January 2015, cut investment spending and subsidies, and re-doubled their efforts to boost local production, both through new strategic investments in the hydrocarbon sector, as well as by providing cheap and ample financing to the local businesses.
“The expectations for persistently lower oil and natural gas prices imply the need for additional policy adjustment. Priority areas include further efforts to reduce the external deficits through a combination of policies that lower aggregate demand. There is also scope for continued progress in increasing the efficiency of public spending, further improvements in banking regulation and supervision to prevent the build-up of risks, and additional steps to move to a more market-based real economy and financial sector. The authorities’ intention to accelerate development of the private sector is appropriate and should be based on market-based principles as much as possible, so as to support growth and living standards in a sustainable manner,” the statement concludes.
The IMF said it stands ready to support the Turkmen government’s reforms through policy advice and capacity building, including on macroeconomic statistics and forecasting, monetary policy operations, and fiscal policy.
Source: Times Of Central Asia

Gas consumption increases by 4.6% in EU countries The EU accounted for 11.5 percent ...

IIKSS - A new modern fuel filling station of the Wekilbazar oil products enterprise is supplied with the ...