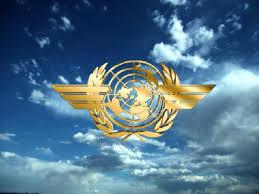 IIKSS - Kazakhstan’s removal from European Commission blacklisting has followed a sustained effort to modernise and revamp its air safety oversight.
All Kazakh carriers were blacklisted under a blanket ban in 2009, with the sole exception of Air Astana, which was permitted to continue operating to Europe albeit with restrictions.
But the European air safety authorities have praised the Kazakh Civil Aviation Committee for being “willing to engage” with the Commission and “transparent” in recognising the need to continue developing oversight obligations and resolve safety issues.
An ICAO-backed validation mission to Kazakhstan in April showed that the effective implementation of international standards had risen to 74%, and ICAO subsequently lifted a serious safety concern centre on certification of airlines.
The European Aviation Safety Agency and members of the Commission, among others, carried out an on-site visit in the second half of September.
Documentation accompanying the Commission’s revised blacklist states that the Kazakh Civil Aviation Committee has demonstrated “considerable progress”, with a focus on ICAO standards and recent implementation of contemporary aviation safety-management techniques.
The Kazakh committee has audit and surveillance plans in place for the country’s carriers, and it performs ramp inspections.
“It also made efforts to recruit and train additional inspectors for the oversight of the aviation industry in Kazakhstan,” says the European evaluation, adding that the committee’s executives have a “high level” of experience and personnel within the committee are “overall, knowledgeable”.
Two airlines – both on the banned list – were examined as part of the European assessment visit, to verify their compliance with international standards.
“The main conclusion of the visits to these air carriers is that there was no lack of willingness nor a lack of ability to address safety deficiencies,” says the documentation.
Civil Aviation Committee representatives also presented an update of its measures to the European air safety committee on 23 November – including amendments to civil aviation legislation, training management, and development of a safety oversight programme and implementation of a mechanism for resolving safety concerns.
The Kazakh authority has introduced a voluntary incident reporting system and updated procedures and checklists, while putting in place an electronic database to support surveillance. Its measures also include qualifying more inspectors for examination of dangerous goods shipments.
Kazakh operator SCAT also had an opportunity to present to the European committee in November, providing “specific” details on its safety-management system, as well as its maintenance and training regime, and audits undertaken, says the documentation. The air safety committee found SCAT’s information to be “satisfactory”.
In its conclusion the air safety committee says there is “sufficient evidence of compliance” with international standards by Kazakh airlines and the Civil Aviation Committee, adding that the authority has “committed to fully engage in a continuing safety dialogue” with the European Commission.
Source: FlightGlobal