Azerbaijan ranks first in volume of investments in Georgia Investment 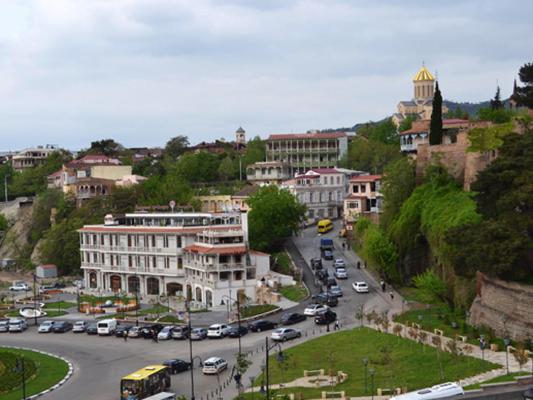 IIKSS - Being the top foreign investor of Georgia, Azerbaijan invested some $434 million in the economy of the neighboring country within three-quarters of 2016.
Georgia’s National Statistics Office reported that the volume of investments recorded an increase of 9.6 percent as compared to the figure recorded in the same period of 2015.
The volume of foreign direct investments in Georgia amounted to $1,298 billion in three-quarters of 2016, 5 percent up from the data of the same period in 2015.
Azerbaijan maintained the position of the main foreign investor of Georgia in the third quarter of 2016 with the share of 33 percent of all investments in the economy of the country.
Azerbaijan invested $151 million in the economy of Georgia in the third quarter of 2016, leaving Turkey ($111 million 24 percent of all investments), and Luxembourg (total investment of $52 million, 11 percent of all investments) behind.
The U.S., Czech Republic, the Netherlands, China, Japan, Panama and Cyprus are also in the list of Georgia’s main investors in 3Q2016.
Azerbaijan has gradually increased its investment in Georgia since 2012. The two countries are connected by several important regional projects, including the Baku-Supsa, Baku-Tbilisi-Ceyhan oil pipelines, Baku-Tbilisi-Erzurum gas line and Baku-Tbilisi-Kars railway.
Azerbaijan’s State Oil Fund SOFAZ allocated some $611.5 million for the construction of the Georgian section of the BTK railway as of July 1, 2016. Moreover, Azerbaijan’s energy giant SOCAR is deeply involved in the energy market of the neighboring country.
The trade turnover between the two countries amounted to $244.58 million in January-September 2016
Source: AzerNewsAz

China to invest 3bn dollar in Iran’s fish farming   More signs have appeared to show that East Asian countries are ...