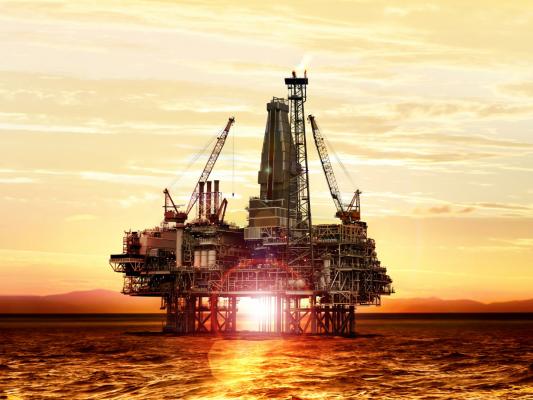 IIKSS - As of today, potential hydrocarbon resources of Turkmenistan amount to 71.2 billion tons of oil equivalent, 53 billion of which account for land and 18.2 billion tons – for marine areas, according to a report of Turkmengas State Concern’s Head Ashirguli Begliyev.
The report was read out during the international conference Oil and Gas of Turkmenistan (OGT 2016), held on Dec. 7-9 in Ashgabat.
Turkmengas carries out the development of gas fields, production, processing and transportation of natural gas and gas condensate, sale of gas and its processing products for domestic consumers, as well as for export.
Being the main supplier of "blue fuel" in Central Asia, Turkmenistan has all the opportunities to increase production and processing of natural gas in the near future, noted Begliyev.
The world’s second biggest gas field Galkynysh is located in eastern Turkmenistan. According to the audit held by the UK’s Gaffney, Cline & Associates, reserves of the Galkynysh, together with reserves of the Yashlar field, are estimated at 26.2 trillion cubic meters of gas and reaches 27.4 trillion cubic meters – together with reserves of the reopened Garakel field.
Currently, Turkmenistan delivers gas to Iran and China.
Source: AzerNewsAz

There is great capacity to develop relations between Iran and Russia, the Russian president’s special representative for the ...