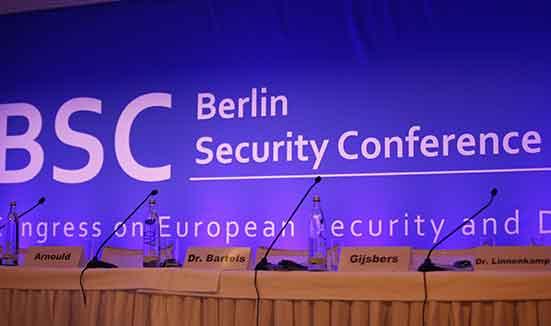 IIKSS - Azerbaijan`s Minister of Internal Affairs Ramil Usubov has participated in the Berlin Security Conference.
The President of the European Parliament, high-ranking representatives of the European Commission, well-known members of the European Parliament and of national Parliaments, Ministers and Deputy Ministers/State Secretaries of the EU nations, high-ranking members of national authorities, generals and admirals of many NATO and EU nations and top managers of industry have participated in the event.
A large exhibition with national and international companies representing German, European and US industries was arranged within the conference.
Source: AZERTAG

THE HISTORY OF THE CASPIAN SEA

The Caspian Sea is situated on the border of Europe and Asia. It is bordered with the Russian Federation, ...

Azerbaijan and Ukraine successfully cooperate in many areas, Ukrainian ambassador to Azerbaijan Alexander Mishchenko said. Mishchenko made the remarks ...

SOCAR to purchase gas from Russia

IIKSS - Turkmenistan will transit 300,000 tons of carbamide through Azerbaijan in 2017, Azerbaijan Railways CJSC said in ...