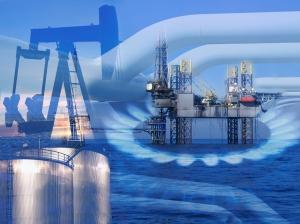 IIKSS -  The Asian Development Bank (ADB) will provide $1 billion in private and public sector assistance to expand Azerbaijan’s Shah Deniz II, one of the world’s largest gas fields, APA-Economics reports citing to bank’s website.
The assistance comprises a $500 million private sector loan to the Southern Gas Corridor Closed Joint Stock Company (SGC) and a $500 million sovereign-counterguaranteed partial credit guarantee. The guarantee will back $526 million in commercial loans made by a consortium of international banks to SGC, which is 51% owned by the Azerbaijan government and 49% by the State Oil Company of the Azerbaijan Republic.
The ADB assistance will provide additional revenues that the government can direct to social spending and to continued efforts to diversify the hydrocarbon-dependent Azerbaijan economy.
“ADB, through its private sector window, has already demonstrated strong support to the Shah Deniz gas field expansion through its direct assistance to this project in 2015,” said Michael Barrow, Director General of ADB’s Private Sector Operations Department. “The proposed assistance to Southern Gas Corridor is a continued testament to ADB’s belief in the development impact of this important project, and the importance of crowding in commercial capital to support Azerbaijan’s funding needs for the project.”
“The expansion of the Shah Deniz gas field is key for Azerbaijan’s economy, providing the country a long-term revenue stream and diversifying its gas exports to Europe,” said Sean O’Sullivan, ADB Director General for Central and West Asia Department. “ADB’s support will help generate economic opportunities for the private sector, create thousands of jobs, and help boost Azerbaijan’s ties with neighboring countries and Europe.”
Source: APA