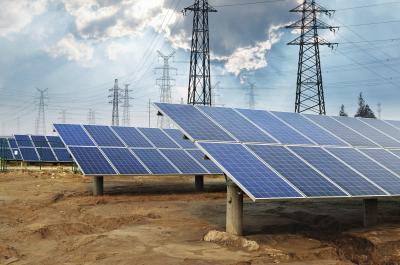 IIKSS - Kazakhstan develops alternative energy, actively applying new technologies which allow rational use of natural resources. For instance, the first wind farm is successfully operating in Akmola region. Since the launch, the farm generated 193 million kilowatts of energy. Experts believe that the use of wind potential will allow saving annually more than 100,000 tons of coal and preventing harmful emissions into the atmosphere. Currently, 22 wind turbines with capacity of 45 megawatts are absolutely safe for the environment. Their location was thoroughly selected and the steppes of Akmola region were chosen as the best site for the main source of energy – the wind.
Yerlan ZHAKUPOV, DEPUTY DIRECTOR GENERAL, FIRST WIND POWER PLANT:
The cost of the project is 19.2 billion tenge. The payback period of the project is 8 years, the life time of the wind turbines is 20 years. We have produced 193 million kilowatts of electricity in 14 months.
85-meter wind farms started operating a year ago and during this time electricity worth 4.5 billion tenge was produced. Power is generated at the station, and only then sent to the common grid. According to power engineers, they are aimed to expand the farm area 2 times. Currently, it occupies 53 hectares. The number of wind turbines will also increase twice. Following the example of Kazakhstan, Russia is also going to launch a similar project in the near future. Currently, the farm management is preparing for Expo 2017. 28 projects on renewable energy sources are expected to be implemented in Almaty region in the next five years. Baskan hydro power plant is already operating in the region. The plant was commissioned earlier this year. This is the second hydro power plant in Sarkan district. Its design capacity totals 4.2 megawatts. The project is very promising, a few more cascades will be installed in the next few years.
Kainar MUSTAFINOV, EXECUTIVE DIRECTOR, CONTRACTOR'S ORGANIZATION:
We are planning the future construction of cascades. 6 stations will boost the green economy, along with the energy supply to the region, and creation of new jobs.
In the past 7 years, eight small hydropower plants were put into operation in Almaty region. All of them are located on the mountain rivers. These projects are implemented within the regional program for the use of alternative energy sources.
Amandyk BATALOV, GOVERNOR OF ALMATY REGION:
In general, thanks to small hydroelectric power plants we can receive more than 250 megawatts and already a number of power plants are under construction currently. Businessmen are interested in two reservoirs where construction was halted since the Soviet period. They can serve as irrigation water and power generation.
In addition to hydropower, other areas are expected to be intensified in the region. A solar power plant is already running. Another three wind farms will be built soon. Within the long-term plan of development of the industry, in the next 15 years, 50 green energy projects will be put into operation.
Source: kAZAKH TV