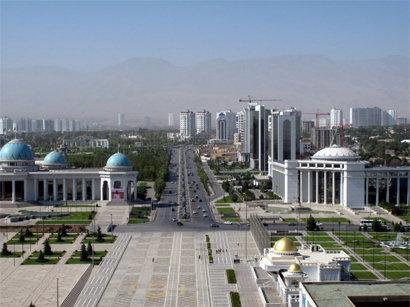 IIKSS - The 21st International Exhibition and Conference "Oil and Gas of Turkmenistan 2016" will be held in Ashgabat on December 7-9, the Turkmen government said in a message.
According to the message, the specialists from 40 countries and representatives of nearly 100 oil and gas companies are expected to participate in the event.
Special attention will be paid to the diversification of supply of Turkmen natural gas to the world markets, as well as the Turkmenistan-Afghanistan-Pakistan-India gas pipeline construction project, the message said.
A number of documents related to the implementation of the project are planned to be signed, the message said.
"In the context of geopolitical cooperation, prospects of global, regional and national growth in the oil and gas industry, the market experts will consider the potential of Central Asia and the Caspian region as a major supplier of energy resources, Turkmenistan's role in global energy security," the Turkmen Dovlet Habarlary state news agency reported.
One of the sessions will be devoted to the implementation of know-how in the oil and gas refining and petrochemical industries of the country, the message said.
According to the message, the overview of current exploration work in the region, the development of Galkynysh gas field, as well as oil and gas fields on the Caspian shelf will be presented to the specialists.
The investments in oil and gas industry of Turkmenistan, the legal aspects of intergovernmental and multilateral agreements will be also discussed, the message said.
Source: AzerNewsAz

IIKSS - The number of presidential candidates in Turkmenistan at the election scheduled for February 12, 2017, has ...