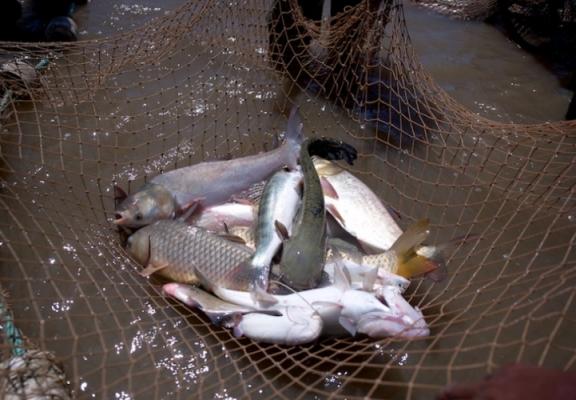 IIKSS - Turkmenistan artificially farms sturgeon which will contribute to the conservation of the unique biodiversity of the Caspian Sea, the newspaper “Neutral Turkmenistan” reported.
An important role in this will play a fish-breeding complex, built in the administrative center of the district Turkmenbashi.
"The special incubators here allow farming sturgeon. This will contribute to the conservation of the unique biological resources of the ancient Khazar", according to the article.
The Caspian Sea is a home to 80-85 percent of the world sturgeon, now witnessing a sharp decrease of these fish species. Some 90 percent of the popular black and red caviar sold all over the world comes from this region.
Moreover, the Caspian Sea with its rich natural resources is also a home to about 141 other fish species.
Recent studies show that the number of sturgeons in the Caspian Sea has decreased to a critical level.
Five coastal states, Azerbaijan, Kazakhstan, Russia, Turkmenistan and Iran, signed a framework convention on the protection of the marine environment of the Caspian Sea in November 2003.
Caspian littoral states have banned any industrial or commercial sturgeon fishing in the sea this year at the 34th meeting of the Commission on Aquatic Bioresources of the Caspian Sea.
Sturgeon fishing in the Caspian was allowed only for scientific research purposes in 2012.
In turn, the Zoology Institute of the Azerbaijan National Academy of Sciences has developed a concept for industrial breeding of sturgeon by an innovative method.
Creation of farm with the production capacity of 45 tons of sturgeon per year is suggested as the first pilot project in the prepared concept.
Source: AzerNews