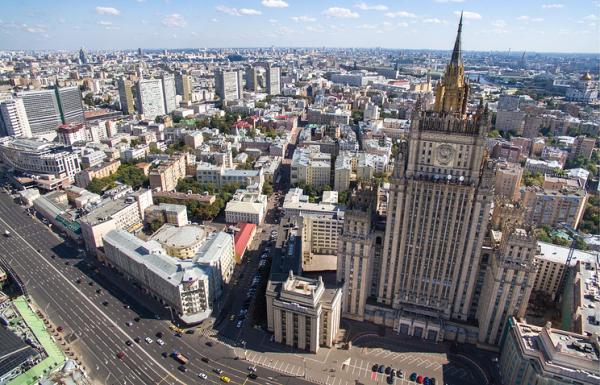 IIKSS -  Russia is profoundly disappointed with the results of the 8th Review Conference of the Biological and Toxin Weapons Convention (BTWC), the Russian Foreign Ministry said on Monday.
The conference was held in Geneva on November 7-25. The task of the conference which is held every five years is to review the convention’s implementation in the previous five-year period and adopt a program for the next five years.
"The Biological and Toxin Weapons Convention (BTWC) that came into force in 1975 was the first international treaty prohibiting an entire class of weapons of mass destruction," the Russian Foreign Ministry noted. "The Convention remains a major element of the system of international security. However it has a number of drawbacks, first of all it lacks a verification mechanism and an international organization to implement its provisions."
"Throughout the latest forum, the Russian delegation spared no effort to adopt measures to strengthen the BTWC," the ministry said. "Along with the overwhelming majority of other signatories to the Convention, Russia spoke in favor of elaborating and adopting a legally binding additional protocol to the BTWC to improve implementation in all areas. Russia’s initiatives were supported by other states and had good prospects for adoption."
"Major discussion at the conference focused on the parameters of the work under the Biological and Toxin Weapons Convention for the period from 2017 to 2020," the ministry said. "It was planned to set up four open-composition working groups to consider concrete topics and the states’ initiatives, and to prepare possible recommendations. It could be a serious step forward for the convention."
"Despite certain gaps between the participants in the negotiating process, it was really possible to reach agreements on a generally acceptable basis," the Russian Foreign Ministry said. "Nevertheless, the United States delegation at the final stage refused to try to reach a compromise and use all possibilities to ensure success of the talks."
"As a result, the conference’s outcome has turned to be inferior to potential possibilities and expectations pinned on it. Russia is profoundly disappointed with this situation," the ministry underscored.
The Russian Foreign Ministry pointed to the growing threat of possible use of biological weapons on the backdrop of the Convention’s weakening. "In this context, a question arises about real plans of those who hampered the Review Conference in solving its tasks," the ministry said. "Russia and other members of the international community will continue efforts to strengthen the framework of international laws banning biological weapons," the foreign ministry concluded.
Source: TASS