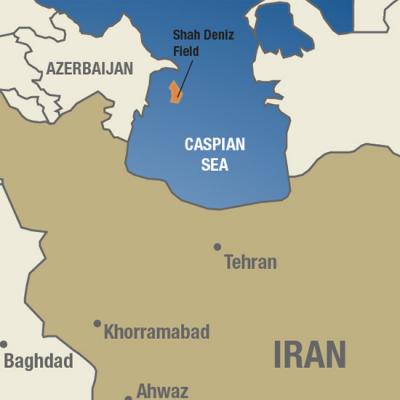 UK flowmeter specialist Litre Meter has supplied a large range of its popular VFF flowmeters for the Shah Deniz gas fields located in the Caspian Sea off Azerbaijan. The orders called for various specifications of meter, which were configured and supplied through two different distribution channels to a single end user.

The orders were for stages one and two of the field. Stage two of the Shah Deniz project is now over 50% complete in terms of engineering, procurement and construction and it is on target for first gas in 2018. The meters will be needed to measure different flow rates and viscosities of fluid for diverse aspects of the project.

The first Litre Meter order for Shah Deniz 1 was for 65 VFF MF30 flowmeters required to measure methanol at 430 bar, with Fluidwell displays and 15 sets of spares. To meet customer requirements for Swagelok end fittings the meters were re-designed to avoid welding, leaving a 35 mm stub each side for attaching Swagelok unions.

In addition to the MF30 flowmeters Litre Meter also supplied 36 LF05 flowmeters pressure rated to 1035 bar and Fluidwell instrumentation calibrated for a flowrate of 0.05 to 1 litre per hour and a viscosity of 20-50cP.

In order to deliver accurate measurement of a variety of flow applications as the stages of the Shah Deniz project developed, Litre Meter also supplied a further 135 m from its range including LF15, VFF4, VFF8, HF20, HF40, V125 and V270 flowmeters for Shah Deniz 2. They were supplied in various quantities with different lead times for each part of the order.

The meters were required for the flow measurement of a number of chemicals including scale, corrosion, hydrate and wax inhibitors such as methanol and ethylene glycol (MEG). These ancillary chemicals are used in different processes to maintain flow assurance by preventing blockages throughout the extraction processes.

For example, under conditions of changing pressure and temperature, paraffin can build up as a waxy deposit on equipment – mostly in tubing close to the surface – and can, in severe cases, halt production. Scales such as calcium carbonate and iron oxides can also build up. Mineral salt deposits, which accumulate in wellbore components due to the effects of pressure and temperature on the saturation of produced water can also cause severe blockages.

Corrosion and the loss of metal can occur anywhere in the production system from the bottom hole to surface lines and equipment.

Chemicals are injected into the system to prevent these problems – and the Litre Meter flowmeters are used to precisely measure the amount of chemical being added to ensure optimum performance and cost control.

The challenge for Litre Meter was to supply robust flowmeters that can measure harsh fluids accurately at various flow rates and viscosities at extremes of pressure and temperature in a tough subsea environment.

“Litre Meter’s VFF flowmeter is ideally suited for use in the oil and gas industry and in particular for low flow/high pressure applications.

“Years of experience in chemical injection applications onshore and offshore have confirmed the instrument’s capability to reliably measure fluids under extreme conditions of both temperature and pressure.

“The Shah Deniz orders allowed Litre Meter to demonstrate its ability to deliver wide ranging flowmeter solutions for a single project making us a true one-stop-shop.”