Do it like last year: Russia supplies gas to freezing Ukrainian border town 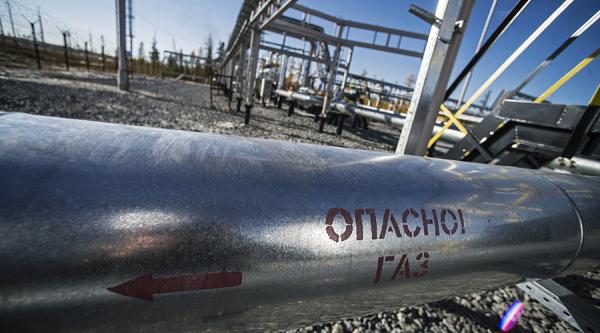 IIKSS - Russia will again supply gas this year to a freezing Ukrainian border town. Its own authorities have so far failed to solve the supply problem, leaving the homes of most of its 25,000 residents without heating during the winter.
In January, Russia’s Crimea turned on the gas for Genichesk, a Ukrainian resort town located on the Azov Sea next to one of three roads connecting Ukraine with the peninsula. This year the problem resurfaced, prompting Russia to step in again.
Read more
“The situation is close to a humanitarian catastrophe. It has been getting worse since last year,” Head of Crimea Sergey Aksenov told Russian President Vladimir Putin on Sunday.
The Russian president said that despite the outstanding debt for gas supplied last year, he is greenlighting the supply.
“We should help. Do the same thing again,” he said.
Genichesk’s gas shortage problems became acute in mid-October, when the supply from a nearby offshore Strelkovoe field dropped below rising demand. The supplier blamed bad weather, which prevented it from going to the automated rigs and increase production. The authorities’ response was rationing and cutting supply to non-essential consumers.
The town cannot be supplied from any other Ukrainian source, but remains connected to a gas pipeline going to Crimea. In fact, before Crimea voted to rejoin Russia after rejecting the armed overthrow of the government in Kiev, Genichesk's winter supply of gas came from a nearby storage in Crimea, which was filled from the Strelkovoe field in the summer.
The scheme, however, collapsed after the split, as Kiev imposed an economic blockade against its former region, cutting supplies of freshwater, electricity, and food from Ukraine to Crimea.
Crisis was averted last winter by Russia’s decision to supply gas to Genichesk without advance payment. The accumulated debt has not been paid since then, and town authorities apparently failed to provide alternative means to heat homes in winter.
They may have done a better job if they had put more effort into it. Genichesk region head Aleksandr Vorobyov apparently preferred staging performances – like going with fellow Ukrainian officials to a Russian border checkpoint with a Ukrainian flag and shouting “Putin, demon, give up!” at guards, which is what he did in May.
The extravagant gesture was meant to mark the anniversary of the deportation of Crimean Tatars by Joseph Stalin.