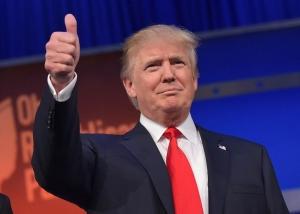 IIKSS - Donald Trump suggested a shift away from what he said was the current Obama administration policy of attempting to find moderate Syrian opposition groups to support in the civil war there. “I’ve had an opposite view of many people regarding Syria,” he said, APA reports quoting The Wall Street Journal.
He suggested a sharper focus on fighting Islamic State, or ISIS, in Syria, rather than on ousting Syrian President Bashar al-Assad. “My attitude was you’re fighting Syria, Syria is fighting ISIS, and you have to get rid of ISIS. Russia is now totally aligned with Syria, and now you have Iran, which is becoming powerful, because of us, is aligned with Syria.
… Now we’re backing rebels against Syria, and we have no idea who these people are.”
If the U.S. attacks Mr. Assad, Mr. Trump said, “we end up fighting Russia, fighting Syria.”