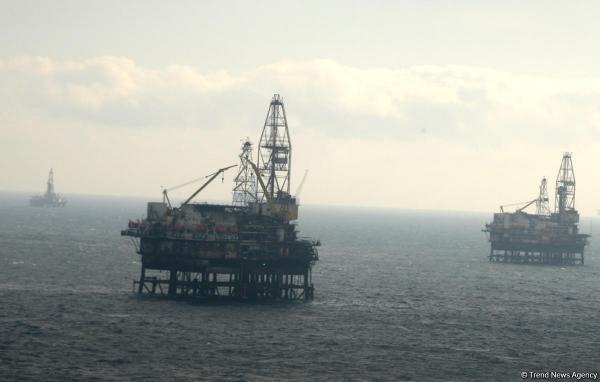 IIKSS- SOCAR (State Oil Company of Azerbaijan) has evacuated a number of workers from the offshore platform #10 at the Gunashli field due to the earthquake in the Caspian Sea, SOCAR said in a message.
“Yesterday, aftershocks were recorded on the platform following the earthquake in the Caspian Sea at 23:00 Baku time (UTC/GMT +4 hours). Several iron floor elements were detached from the welds,” reads the message.
For safety purposes, a number of workers have been evacuated from the platform, according to the message.
The site has been examined by experts, and currently there are repairs going on. The production processes on the platform are also underway.
The Gunashli field plays an important role in Azerbaijan's oil and gas industry. The field's shallow part is developed by SOCAR on its own, while its deep-water part is developed jointly with foreign partners.
In January-August 2016, SOCAR produced 5.06 million tons of oil at Azerbaijani fields, where it works independently without foreign companies’ participation, as compared to 5.54 million tons in the same period of 2015.
SOCAR produced 8.16 million tons of oil at those fields in 2015 compared to 8.32 million tons in 2014. In total, 41.59 million tons of oil was produced in Azerbaijan in 2015, compared to 42.02 million tons in 2014, according to SOCAR.