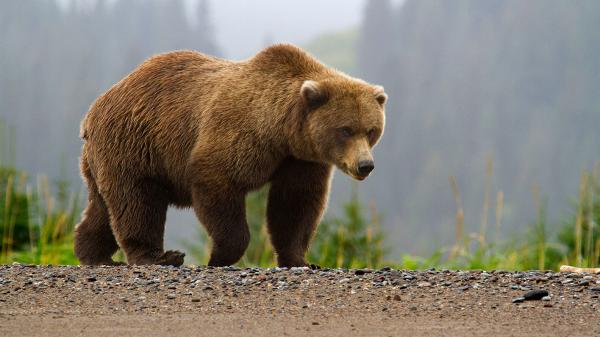 Two environmental patrol officers have recorded video of a female brown bear and her cub in Kordkuy.

Two environmental patrol officers who were on mission in forests of Kordkuy, in Golestan province in east of Caspian Sea, northern Iran, managed to shoot videos of a female brown bear and her cub from a very close distance of about 10 meters as they were heading toward the officers.

The interesting point is the calmness and professionalism of the officers during the event; while a mother bear with her cubs is one of most dangerous scenes to face n a jungle, the two environmental officers keep calm and only make short noises to let the mother bear know of their presence. In this way, they prevented any provocation or fear in the bear and made her change their way and run away.

Russia Signals Intentions to Fire More Missiles from Caspian   Russia asked Iran and Iraq for permission to to use ...