Seismic hazard in Baku to be assessed

Seismic hazard in Baku to be assessed Caspian geography and anthropology 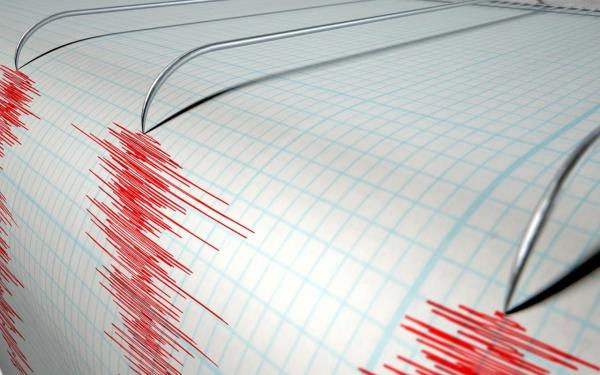 Seismic hazard in Baku to be assessed

An intensive civil and industrial construction, a rapid growth of population, land and water instabilities and the lack of public awareness regarding seismic hazard contribute to growing vulnerability of the Baku city to earthquakes.

Currently, Azerbaijan’s scientists are working on a new project on assessment of a seismic risk in the capital city. Earlier, German Research Center for Geosciences (GFZ) agreed to give an appropriate support to Azerbaijan in this regard.

Head of the Republican Seismological Service Center Gurban Yetirmishli visited the German Research Center in Potsdam, Germany on September 19-23, where he discussed the possibility of realizing micro zoning of Baku in order to identify areas of seismic hazard.

“For several years, we are conducting negotiations with them. This year we signed a memorandum. We have brought to the fore issues such as seismic micro zoning of Baku, determination of seismic risk zones in the capital and assessment of risk zones,” Yetirmishli said.

It was agreed to start the project, based on information attained in the process of cooperation, in April-May 2017.

The sides reached a preliminary agreement to install GFZ pool equipment in Baku for the project of seismic micro zoning. It was approved that within 2 years there will be installed 20 stations in Baku by the German Center. Installation work will be conducted with the participation of employees of both organizations.

At first the equipment will be installed in Baku’s Sabail district as a pilot project. “The equipment will first be installed in Sabail, as this district is located in the center and is densely populated area. In addition the district is a home of many old buildings. Moreover, in terms of seismicity, Sabail is located on the coast of the Caspian Sea and geological structure, it is appropriate to conduct the project here,” the expert said.

Yetirmishli added that following the work, a map of the seismic micro zoning of Baku will be developed.

Overall, Baku represents high seismic hazard and the level increases with the time interval, which happens due to the intensive construction of multi-storey reinforced concrete civil and industrial buildings, enlargement of the city area, raise of underground water level and Caspian Sea, landslide activity and so on.

Besides, the geological environment is intruded upon by intensive technical loads such as drilling, set up of deep water platforms, underwater and ground conduits which make the problem of geological hazard assessment in Azerbaijan more actual and substantial. Given that, there has been high necessity to deepen and advance the research of existing maps that identify seismic hazard level and to draw the numerical modeling on the basis of modern methods and approaches.

The map of potential seismogenic zones of Azerbaijan was prepared earlier to detect the risky zones. The document reflects the seismic zones of the southeastern slope of the Greater Caucasus, Shamakhi-Ismayilli zone, Ganjabasar, northwestern zones including Sheki, Zagatala, Balaken, the northern zone of Guba, Siyazan, Devechi, Talysh zone, Nakhchivan Autonomous Republic, and Azerbaijani part of the Caspian Sea.

The seismogenic zones with potential to produce dangerous force cover the whole country as the Alpine-Himalayan seismic belt passes through Azerbaijan. Therefore, the country is considered to be a seismically active region – a lot of earthquakes occur over Azerbaijan every year, however, majority of them are not felt.

Overall, 4,849 tremors were recorded in Azerbaijan since the beginning of the year, and 57 of them were felt.

Inland water bodies now see coastal birds   The Whimbrel, which usually migrates to the coast, was spotted at Saykheda in ...