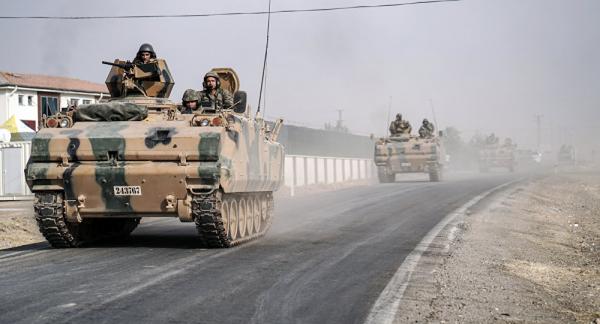 Turkey did not provide any assurances that its military operation in Syria would be coordinated with Russia and Iran, Syrian President Bashar Assad's adviser Bouthaina Shaaban said.
Shaaban, who advises the Syrian president on political and information matters, told the Lebanese Al Mayadeen channel on Monday that "no guarantees of any coordination between Turkey, Russia and Iran regarding the deployment of Turkish forces in Syria" have been provided.

Shaaban stressed that a common agreement on a Turkish operation was not possible between the three sides to begin with. On August 24, Turkish forces, backed by US-led coalition aircraft, began a military operation dubbed Euphrates Shield to clear the Syrian border town of Jarabulus and the surrounding area of the Islamic State (IS) terrorist group, outlawed in Russia and many other countries. Turkey also targeted Kurdish forces present in the area, ordering them to move east of the Euphrates river. Kurds condemned the operation and said it was directed mainly against them, while Syria called the operation a violation of its sovereignty.
Iran is one of the allies of the Syrian government in the military conflict with numerous opposition factions and extremist groups ripping the country apart since March 2011. Tehran denies direct military involvement in the conflict claiming that only Iranian military advisers were supporting the Syrian government.

Russia has been conducting an anti-terrorist aerial campaign since September last year at the request of the Syrian government.

Iran, where beaches are segregated by gender and alcohol is banned, is getting its first foreign-branded seaside hotel, complete with ...