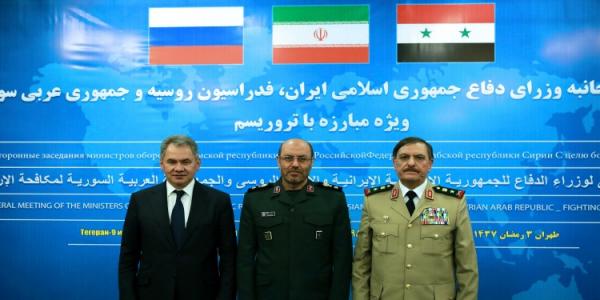 A couple months ago, I wrote  a long essay for a unit of the U.S. Army examining the history of Russo-Iran ties and, more importantly, Iranian perspectives of Tehran’s new love affair with Moscow. In the months since, the Iranian government augmented ties even further, much to the chagrin of ordinary Iranians—for example, by allowing Russia to station fighter jets at Iranian airfields. Now, if the Iranian press is to be believed, ties will soon tighten further.

First, trade. Part of the logic of America’s outreach to Iran and, ultimately, submission to Iranian demands was the belief that by re-integrating Iran into the globalized economy, it would moderate the Islamic Republic. What Obama and Kerry ignored or remained ignorant of was just how deep-seated the hostility to the West is among Iran’s top clerical leadership. Despite the self-flagellation of many American policymakers, this had nothing to do with the 1953 coup against Iranian Prime Minister Mohammad Mossadegh. After all, the clerics and the CIA were on the same side in that episode. Rather, the antipathy toward the United States is ideological—rooted in the liberalism and egalitarianism at the heart of the American ideal. Such antipathy oozes through Ayatollah Khomeini’s writings long before his revolution successfully ousted the shah.

Since the Joint Comprehensive Plan of Action (JCPOA) reduced sanctions on Iran, trade with the West has paled in comparison to trade with China and Russia. In just the last six months, trade with Russia has reportedly increased 67 percent. That means, in effect, that the JCPOA has financed Putin’s and Khamenei’s axis of aggression and rejectionism rather than empowered and the moderate elements in Iran. The two countries may even soon set up a joint bank to strengthen each other’s currencies.

Then, there’s the military: While Iranian officials may have been genuinely embarrassed by the Kremlin’s lack of discretion in showing videos of Russian jets launching bombing sorties from Iranian airfields, it appears that the Russian Air Force is still utilizing them. What’s more, the Russian and Iranian navies are taking cooperation to the next level, with the Iranian foreign ministry confirming that Russian naval ships will soon dock in Iranian ports and vice versa.

The United States is engaged in a global geopolitical struggle. How sad it is that the policies most embraced by the White House and State Department seem not to encourage peace, but only augment the resources of enemies and their cooperation against the United States and its allies.

Chabahar: In the Grand Chessboard of India’s Geo-Strategic Calculus