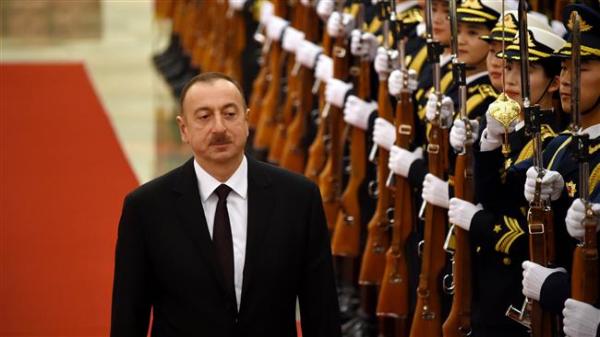 Nearly 150 political activists and rights campaigners have been released in Azerbaijan as the government of President Ilham Aliyev attempts to deflect international criticism of its human rights record.

The dissidents were pardoned on Thursday as part of an amnesty granted to 148 people under a decree signed by Aliyev.

“Under the decree, 137 people, sentenced to imprisonment, have been freed from serving the remainder of the prison terms,” the state-run Trend News website said, adding that 11 more people were freed from correctional labor and fines.

The pardon decree, which was to be effective upon signing, considered “principles of humanism… the personality, health condition, marital status of the convicts and their behavior while serving their sentences,” Trend said.

Most of these activists had been jailed after convictions on tax evasion, illegal business activity and drug trafficking, charges the convicts denied as politically motivated and fabricated.

Azerbaijan routinely prosecutes any form of dissent with rights advocates accusing Aliyev of stepping up pressure on political opponents, critical journalists, and rights activists since he was re-elected for a third term in office in 2013.

A court in Azerbaijan on Tuesday sentenced Mamed Ibragim, a co-leader of the opposition Popular Front party, to three years in jail. Ibragim’s lawyer called the verdict as politicized, vowing to take the case to the European Court of Human Rights.

Aliyev has issued similar pardon decrees in the past in an apparent attempt to allay concerns over crackdown on free speech in Azerbaijan.

The decree came less than two weeks after European Union foreign policy chief Federica Mogherini paid a visit to Baku. The Italian diplomat welcomed the amnesty on Thursday, saying she hoped it would lead to the release of 10 other rights activists remaining behind bars in Azerbaijan.

The government of the oil-rich Caspian Sea country has also shown a tough response to demands by the country’s Shia majority for more religious freedom.

Aliyev inherited power in 2003 from his father Haydar, who ruled Azerbaijan since its independence from the Soviet Union in 1993.