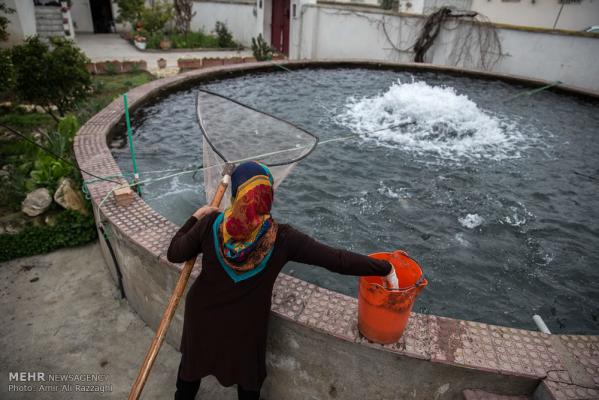 The Food and Agriculture Organization of the United Nations (FAO) is conducting a four-day technical workshop on Marine Cage Culture in Tehran thought which the Organization will lend its technical assistance to build a framework aimed to develop Iran’s mariculture industry.

The four-day workshop (26-29 September 2016) entitled "Technical Workshop on Marine Cage Culture in the Islamic Republic of Iran" has been organized by the Iran Fisheries Organization (SHILAT) of the Ministry of Jihad-e Agriculture with support of FAO’s Fisheries and Aquaculture Department.

In his opening remarks, Mr. Serge Nakouzi, the FAO Representative to Iran underscored the increasingly significant role played by aquaculture and notably by mariculture in ensuring global and national food security amidst a growing demand over the past 20 years, which is projected to grow even further as the world’s population reaches 9.7 billion by 2050.

He stressed in this connection that recent studies have predicted a considerable increase in fish consumption in developing and developed countries during the coming decades.

“World per capita fish supply reached a new record high of 20 kg in 2014, thanks to vigorous growth in aquaculture, which now provides half of all fish for human consumption globally”, Mr. Nakouzi said.

The FAO Representative suggested that developing marine cage culture in Iran would benefit the country in responding to its growing demand for aquaculture products.

Iran has some 50 years’ experience in aquaculture, mainly in pond culture of freshwater fish including major Chinese carps and the rainbow trout.

As noted by Dr. Hassan Salehi, the head of Iran Fisheries Organization (SHILAT) during the opening ceremony of the workshop, the overall production capacity of Caspian Sea, Persian Gulf and Oman Sea is estimated at about one million metric tons while the production target for next five years has been set to around 200,000 metric tons.

The first cage farms were established 40 years ago in a reservoir of Karoon River in Khozestan Province, southwest of the country. In the 1980s, the use of homemade cages with traditional material expanded in inland waters for trout rearing.

Marine cage culture has a relatively short history in the country. Early research activities on marine cage culture date back to the early 1990s when the Iranian Research Institute (IFRO) established some small experimental cages for the rearing of wild fish juveniles.

In 2001, a contract was signed between the Iran Fisheries Organization (SHILAT) and a Norwegian company to conduct a general survey of the coastal areas of the country. This survey gave IFO a general overview on the development potential of marine fish cage farming.

The Islamic Republic of Iran is one of the most important aquaculture producing countries in the Persian Gulf Region.

The country has some 50 years of experience in aquaculture, mainly in pond culture of freshwater fishes including major Chinese carps, trout and production of stocking fingerlings in Caspian Sea.

Aquaculture production in Iran increased rapidly from 3,219 tons in 1978 to 371,840 tons in 2014, representing approximately 39.2 percent of the total fish production.

Challenges and opportunities for managing the Caspian Hyrcanian Forests