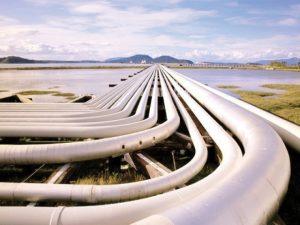 Turkey needs to preserve the existing business volumes in established markets like Russia and the Middle East and expand in markets that offer relatively safer business environments such as Turkmenistan, Kazakhstan, and Azerbaijan.

The new international airport opened recently in Turkmenistan’s capital Ashgabat is an impressive work of architecture. It is of enormous size, having five floors in the main terminal with a total enclosed area of 162,000 square meters, and a unique design resembling a giant falcon spreading its wings.

From an international logistics point of view, Ashgabat International Airport can be seen as a possible candidate for a new transit hub in Central Asia. From an international relations point of view, on the other hand, the airport marks a new milestone in Turkmenistan’s relations with Turkey, as the $2.3 billion project was undertaken and completed by a Turkish construction firm, and opened at a time when there is an increasing diplomatic and economic engagement between Turkey and the littoral states of the Caspian Sea.

Turkish construction companies are not newcomers to the Turkmen market. In addition to the new airport, they have completed several large-scaled projects for the Turkmen government, including the $5 billion Olympic village prepared for the 2017 Asian Indoor Games, the $1.3 billion sea port in Turkmenbashi at the shore of the Caspian, energy plants, textile factories, residential buildings, schools and hospitals, and agricultural facilities.

According to a recent report published by the Turkish Contractors’ Union (TMB), Turkish companies have so far completed 8,755 overseas projects with a total value of $325.4 billion, and while Russia is the largest market hosting 19.9% of all the Turks’ overseas projects, Turkmenistan comes second with 14.8%, which corresponds to 983 projects worth $48.1 billion. Libya and Iraq follow.

Given Turkey’s ongoing political troubles with Russia and the severely unstable conditions in the Middle East, Turkmenistan is expected to climb this ladder, and there are, in fact, early indicators to that end. The same TMB report shows that when only those projects completed after 2010 are taken into consideration, Turkmenistan leaves Russia behind as the leading market for Turkish contractors. It is the fastest growing market for the Turks now. Two other Caspian states, Kazakhstan and Azerbaijan, are also in the list.

Construction work abroad is a major cash earner (and also export booster and employment creator) for the Turkish economy. However, the two last years have seen business volumes declining at an annual basis; 12% down in 2014 and a further 19.6% down in 2015. Turkey needs to reverse this picture, which can only be possible by, first, preserving the existing business volumes in established markets like Russia and the Middle East, and second, by expanding in markets that offer relatively safer business environments, such as Turkmenistan, Kazakhstan, and Azerbaijan.

Turkey is stepping up its construction business in the Caspian region, and this trend runs parallel to the development of a diplomatic initiative, the tripartite dialogue mechanism between Turkey, Turkmenistan and Azerbaijan, launched in 2014. The main instrument of this initiative is the foreign ministers’ summit, and while political issues are also included in summit agendas, the tripartite dialogue is primarily focused on improving connectivity in the Caspian region through new land transportation routes and energy pipelines.

In the energy realm, the long proposed Trans-Caspian Gas Pipeline project, which is supposed to take Turkmen gas to the European markets through the Caspian Sea, Azerbaijan and Turkey, is back on the agenda. All the three countries see benefits in this project. With Russia having stopped buying Turkmen gas in December last year, Turkmenistan is now vulnerably dependent on the Chinese market, and needs to diversify its customer base.

Azerbaijan already supplies Turkey with its own gas from the Shahdeniz fields through the South Caucasus Pipeline connecting Baku with Erzurum in Turkey through Georgia. However, Azerbaijan’s objective for the long term is to reach the European markets via the proposed Trans-Anatolian Pipeline which will cross the Turkish territory, by also filling the pipes with Turkmen gas. Turkey, on the other hand, aims to position itself as an energy transit hub between the producers to its east and the consumers to its west. In this respect, carrying Caspian gas to Europe, in addition to Russian connections through the Black Sea, makes perfect sense for Ankara.

Although there has been no official confirmation yet, the presidents of Turkey, Turkmenistan and Azerbaijan, Recep Tayyip Erdoğan, Gurbanguly Berdymukhamedov and Ilham Aliyev respectively, are expected to meet in Ashgabat later this year to discuss the prospects for the pipeline, and if possible to take concrete steps. But there will be difficulties.

Turkmenistan has already completed its own pipeline connecting the gas from the Galkynysh fields in the country’s east with the shore of the Caspian Sea. The Azeri-Turkish connection is also in place. However, the Caspian crossing will be the tricky part. The legal status of the Caspian Sea, and therefore issues related to demarcation and allocation of resources, remain unsolved among the littoral states, which is a major obstacle against the construction of a pipeline through the sea.

To further complicate the situation, Russia and Iran, being concerned about the competition, object to the Trans-Caspian project on legal grounds and by bringing forward environmental issues. The tripartite dialogue between Turkey, Turkmenistan and Azerbaijan can generate strong political clout for the Trans-Caspian project. But unresolved legal issues and international opposition remain to hinder progress.

At the moment, increased connectivity through land transportation routes rather than a gas pipeline crossing the Caspian Sea seem to offer relatively brighter prospects. During the opening ceremony of the new airport in Ashgabat, Berdymukhamedov emphasized his country’s “solid transit potential.” A new airport will certainly help in this respect. However, for landlocked Turkmenistan, connecting with the rest of the world through land routes is equally important.

All the three countries share a vision of forming an integral part of larger Eurasian route connecting Beijing with London, and this is why the tripartite dialogue mechanism is also making use of transportation ministers’ summits to discuss possibilities for cooperation. In the inaugural meeting that was held earlier this month, the ministers signed the Ashgabat Declaration for cooperation in intra-regional transportation infrastructure.

In addition to the collaboration between these three countries, a key issue that will determine the improvement and efficiency of land transportation across the Caspian region will be the extent to which Turkey, Turkmenistan and Azerbaijan can align their interests and harmonize their own projects with the main show on the stage, China’s One Belt, One Road (OBOR) project. So far, all the three countries have expressed their willingness in working with the Chinese.

In November last year, Turkey had signed a memorandum of understanding with China for integrating its Middle Corridor project, which aims to connect Turkey with the Caspian region and beyond, with OBOR. Turkmenistan is already attached to OBOR and in fact, the freight train departing China’s Zhejiang province for Iran through Kazakhstan and Turkmenistan has made its maiden trip last May. Azerbaijan is also enthusiastic about OBOR, as it wants to locate itself not only as a major energy supplier at the heart of Eurasia, but also as a connection point for goods transported between China and Europe.

Once the Turkish-Turkmen-Azeri collaborative projects on land transportation are nurtured through Chinese funding, significant concrete steps can be taken towards the development of Trans-Caspian connections, especially in the shape of highways and railroads.

Dr. Altay Atlı is a research associate at the Asian studies stream of Istanbul Policy Center.

Oil, gas production up in Kazakhstan