Pentagon’s Plan to Spy on Russia, Iran is a 'Signal of a Decline in US Hegemony' Political and military events 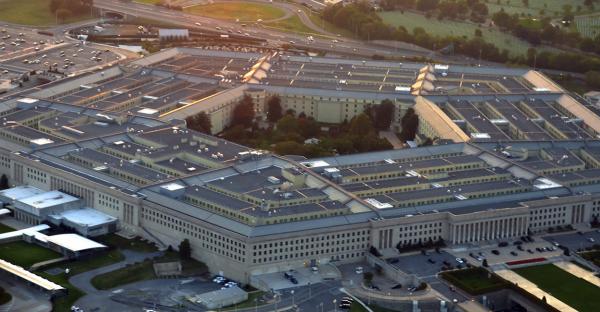 Sponsor of the bill Republican Mike Pompeo wants the Pentagon to be legally bound to submit to Congress an annual report on cooperation between Moscow and Tehran.

"This bill directs the Department of Defense to report to Congress annually on cooperation between Iran and Russia and how and to what extent such cooperation affects US national security and strategic interests," according to the Congress website. The report shall include matters relating to a number of Iran-Russia cooperation fields, including the intelligence-sharing center established by Iran, Russia, and Syria in Baghdad, naval cooperation between Iran and Russia, Russian cooperation with Hezbollah in Syria, Lebanon, and Iraq, as well as overlapping Russia-Iran interests in Latin America. It also mentions the "likelihood of Iran adopting the Russian model of hybrid warfare against potential targets such as the Gulf Cooperation Council states" and a "list of weapons the sale of which by Russia to Iran would violate UN Security Council resolutions imposing an arms embargo on Iran," according to the bill summary. The move is a clear signal that "American global political hegemony is in decline," Fouad Izadi, specialist in American studies at the Tehran University, told Sputnik. "The reason behind this decline is the wrongful and weak foreign policy which Washington has been conducting. This strategy has damaged US national interests and brought chaos to other countries. American congressmen are concerned over this decline," Izadi pointed out.
Moreover, Iran and Russia are important global players, maintaining political, economic and military cooperation.
Washington understands that cooperation between these two powerful countries is accelerating the decline of US hegemony, he added. In turn, Moscow and Tehran will further develop cooperation. The expert also suggested that the results of the US presidential election are unlikely to change the trend for Washington. Moreover, he suggested that Congress will pass the act and intelligence services and additional funding will be used to implement it.