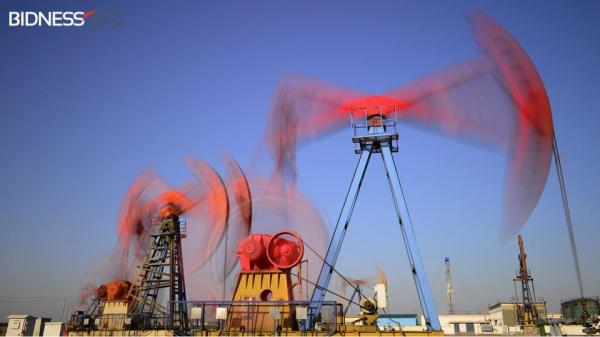 With Russia having agreed with OPEC member Saudi Arabia earlier this month to cooperate to limit future oil output, news that Iran would support moves to stabilise the global oil market and lift prices will come as music to a Russia beleaguered by the fall in oil prices.

"Instability and falling oil prices are harmful to all countries, especially oil producers," Iran's President Hassan Rouhani Rouhani was quoted as saying by the Iranian oil ministry news agency SHANA, following a meeting with Ecuadorean President Rafael Correa on Sunday on the sidelines of the Non-Aligned Movement (NAM) Summit in Venezuela.

"Tehran welcomes any move aimed at market stability and improvement of oil prices based on justice, fairness and fair quota of all the oil producers," Rouhani said.

Iran, a member of Organisation of Petroleum Exporting Countries (OPEC), has been ramping up production to its pre-sanctions levels despite the recent supply glut, which has been pulling down prices.

Oil prices fell by more than two-thirds - from over $100 a barrel to under $30 - between June 2014 and January 2016. Prices have recovered somewhat this year, rising to nearly $50 in May, before dropping to just over $40 a barrel in recent weeks.

Next week, Algeria is to host meetings of the International Energy Forum and the 13-nation OPEC. Russia is not a member of the cartel.

With latest exit polls here showing the ruling United Russia party led by President Vladimir Putin poised to win over 50 per cent of the vote in Sunday's elections to the Russian parliament, this news is more music to Putin's ears with the economy in recession.

The Russian economy is deep into a recession with Russia's gross domestic product (GDP) in decline for the sixth consecutive quarter.

After the sharp economic downturn from late 2014 and early 2015 brought on by lower crude prices and continuing international sanctions over its conflict with Ukraine, the decline gave way to the current stagnation where indices are at near zero, with GDP hovering around 0.5-0.7 per cent.

The Russian Finance Ministry has already had to borrow thrice from the country's reserve fund this year to support the economy, while it is estimated here that at the current rate, those reserves will touch rock bottom by mid-2017.

It is also estimated that the $72 million National Wealth Fund, built up when oil prices were high, could be depleted in 2017-2019.

According to the Center for Macroeconomic Analysis and Short-Term Forecasting here, with only a slight rise in real wages, consumer spending is down as citizens avoid making major purchases.

The 2011 elections took place with oil at $100-plus a barrel, a growing economy, indexed pensions, and a balanced budget. In 2016, oil is ranging around $35 to $45, Western sanctions continue against Russia, the ruble is falling, double-digit inflation, unpaid salaries, and sharp budget cuts.

The price of the OPEC basket of 13 crudes closed trade on Thursday at $41.67 a barrel.

Within a short time-frame recently, there have been a Metro workers' strike here, protests over unpaid teachers' wages in Murmansk, and a ten-day truck drivers' strike against new taxes.

This edition of the quinquennial elections to the Duma have come at a momentous time, with Russia also having concluded an agreement last week with the US on a ceasefire in Syria, paving the way for new talks on the latter's future.

Meanwhile from Monday, the Russian capital will for the first time host the 33rd annual International Association of Science Parks and Areas of Innovation (IASP) Conference following its selection as the venue after a global competition.

Over 1,500 participants from 70 countries are expected at the conference here, including technopark representatives from Russia, the US, Spain, Britain, Brazil, South Korea, China and Sweden, among others.

The conference here is being organised by the national innovation fund, the Skolkovo Foundation, which was created in 2010 by the Russian government for accelerating the country's transformation from a resource-intensive to an innovation-based economy.