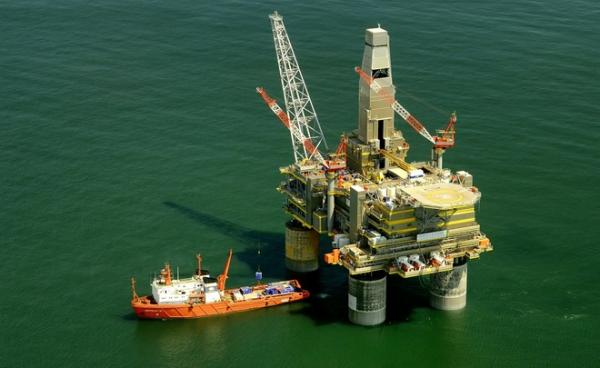 The global oil market has recently revived after Russia and Saudi Arabia finally agreed to cooperate on the stabilisation of the prices. At the same time two vast oil fields showed up. New sources are supposed to produce another 500,000 barrels per day within a year, and it can be another adverse factor alongside with Iran's post-sanction activity.

Oil market is going to be replenished by two huge oil fields located in the Caspian Sea, according to Reuters. Industry sources say that together they will apparently have produced about 200,000 barrels of crude oil per day (bpd) by December 2016. And their production is going to rise up to 500,000 within a year, which is around 0.5 percent of the global production. This is a significant increase, and it can affect the prices negatively.

The Kashagan field (considered as the world's largest discovery in 35 years) starts in October with 75,000 bpd, and the amount is to increase to 150-180,000 bpd in November-December, according to the Kazakhstani Ministry of Energy's documents. Meanwhile, the Kashagan operator's spokesperson did not give any official figures. The project is one of the most expensive ones in the world with an investment estimated at more than $50 billion, and now it is five years behind schedule. The field was discovered in 2000, and was already launched in 2013 but it quickly closed because of pipeline leaks. It is developed by an international consortium consisting of Eni (Italy), Royal Dutch Shell (the UK and the Netherlands), Total S.A. (France), ExxonMobil (USA), KazMunayGas (Kazakhstan), Inpex (Japan) and China National Petroleum Corporation.

The second awaited project is Lukoil's Filanovsky field in the Russian sector of the Caspian Sea. Its loading schedule obtained by Reuters is about 50,000 bpd in October-December 2016. The company's officials confirm the upcoming start of the production, but also give no figures. This field was discovered in 1994 and supposed to start working in 2014.

The launch of the two considerable oil sources is expected to impact on the market seriously. Currently, the world oil prices fluctuate around $50 per barrel, and major crude exporters keep discussing possible actions to prevent their further decrease. Russia and Saudi Arabia came to an agreement on joint measures and coordination to stabilise the global oil market, including output limitation in the future, a week ago. This temporarily pushed up the prices but later, during the week, Brent kept trading around $48. The following news about new Caspian fields illustrates that a real output suppression could be a complicated task when commercial interests oppose the will of government officials.

The scenario is complicated by the renovation of oil exports from Iran. They restarted oil supplies in March 2016 after lifting international sanctions imposed in the middle of 2012. They constantly work on raising their export to a previous volume. But the Iranian Oil Minister Bijan Zanganeh said at the meeting with OPEC Secretary-General Mohammed Barkindo in Tehran he would support any measure to stabilise crude prices at around $50-60 per barrel: 'Iran wants a stable market and, therefore, any measure that helps the stabilisation of the oil market is supported by Iran'. Before Tehran repeatedly stated that no limitation was possible.

The Russian budget for 2017 is going to be calculated with an estimated price of $40 a barrel.

IIKSS- Together with centuries of European music and literary works, the legendary Volga is celebrated in the song ...