Eurasian security: from Baku to Moscow and beyond Political and military events 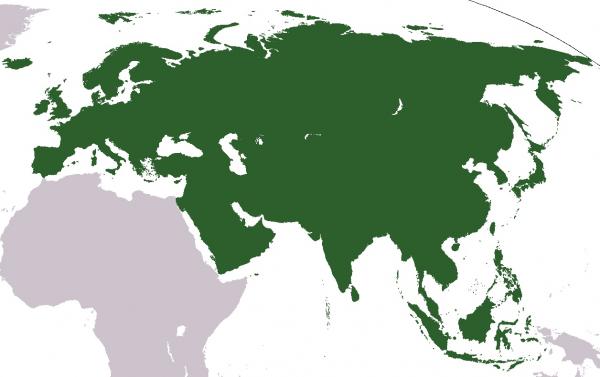 A series of meetings in August between the leaders of the most influential states in the South Caucasus could have broad implications for the entire region.
On Aug. 8, Russian President Vladimir Putin, President of Azerbaijan Ilham Aliyev and Iranian President Hassan Rouhani concluded a trilateral meeting by signing a declaration on increased cooperation between their countries. The next day, Putin met his Turkish counterpart Recep Tayyip Erdogan in St. Petersburg, and on Aug. 10, he held a meeting with Armenian President Serzh Sargsyan. The discussions that took place during those meetings could have far-reaching repercussions for the security of the entire South Caucasus region, and beyond.

Each country involved — Armenia, Azerbaijan, Iran, Russia and Turkey — has its own geopolitical and economic interests, which are not always complementary.
Russia’s agenda

Russia, for its part, is trying to strengthen its position simultaneously in several directions. First, it wants to empower the Eurasian Economic Union (EAEU) by either expanding its membership or by setting up deeper cooperation with Iran, Turkey and Azerbaijan. In October 2011, then-Prime Minister Vladimir Putin made the creation of a new Eurasian integration project one of his main priorities.

The idea was to create a powerful supranational organization that could become a pillar of the emerging new world order and also be a bridge between Europe and the Asia-Pacific region. The creation of this union, under Russia’s leadership, would also strengthen Russia as a global actor. This organization, which started as the Eurasian Union, is now the EAEU and includes Armenia, Belarus, Kazakhstan, Kyrgyzstan and Russia
Moscow has several other political and economic goals in the region, two of which require Ankara’s support. On the economic front, Russia want to reduce the possibility of any alternative gas pipelines to Europe, specifically from Iran to Turkey through Azerbaijan. In the realm of geopolitics, Putin wants Turkey to back off its support for the Crimean Tatars as well as anti-government groups in Syria.
Iran’s goals
The partial lifting of international sanctions against Iran led to a significant increase of the country’s involvement in regional and global affairs. By participating in the trilateral meeting in Baku, Tehran indicated that it is interested in pursuing closer relations with its neighbors to the north.

First of all, there are clear economic benefits in doing so. Secondly, developing relations with Azerbaijan will stop Baku from pursuing territorial demands in the northern part of Iran and could influence its support to Israel. Tehran, like Moscow, also wants Azerbaijan to withdraw its support for anti-government groups in Syria, and for the countries in the region to work together to find a solution to the crisis there.

It is clear, however, that participation in Eurasian integration processes is only one direction of Tehran’s multi-vector foreign policy. Iran is also interested in neutralizing Turkey, which is interested in being a bigger player in the Middle East and has a good relationship with Saudi Arabia, and will continue to participate in discussions with both European and Asian countries.
Azerbaijan and Turkey’s interests

Neither Azerbaijan nor Turkey are on good terms with the West today. Both governments are showing increasingly authoritarian tendencies, and they fail to meet the expectations of Western partners. One clear example of this is the failure of the Nabucco pipeline project, which was one of the cornerstones of the EU's energy security [The Nabucco pipeline project was conceived as a way to transport natural gas from Turkey to Austria – Editor’s note]. So it should come as no surprise that the leadership in both Baku and Ankara sees benefits in working more closely with Russia and Iran.

Erdogan, for his part, faces serious problems in both domestic and foreign policy. The foreign policy initiative formulated and launched by former foreign minister Mehmet Davutoglu, “zero problems with neighbors” instead resulted in zero neighbors without problems. The economic sanctions imposed by Russia on Turkey brought multi-billion-dollar losses to the economy while the country’s long-awaited dream of European integration fell victim to the Syrian crisis.
As for Azerbaijan, President Ilham Aliyev is trying to resolve two important foreign policy problems at once: the disputed status of the Caspian Sea and the weakening of long-time adversary Armenia.

Since the disintegration of the Soviet Union, Azerbaijan has been pushing for the international community to decide whether the Caspian is a sea or a lake. If the body of water is declared a sea, littoral states can build gas- and oil- pipelines under it. Declaring the Caspian a sea could breath new life into the Nabucco project.

Another important priority for Azerbaijan is to weaken Armenia by excluding it from north-south transport and energy corridors.
Armenia’s role

Armenia, for its part, faces two crucial problems: how to avoid regional isolation and maintain security in Nagorno-Karabakh. Yerevan is developing economic ties with Iran, enlarging its gas imports and becoming a transit country for Iranian gas to Georgia.

As a member of the Eurasian Economic Union and The Collective Security Treaty Organization (CSTO) with increasingly strong relations with Russia, Armenia is already an important country in the region and its influence is only likely to grow. There is a high potential for Armenia to claim a strategic place in the regional security architecture.

Regarding Nagorno-Karabakh, Russia is hedging its bets. In an interview to Azerbaijani media, Putin said that Moscow would not interfere in the resolution of the conflict.

“Both Armenia and Azerbaijan really want to find a solution to the Nagorno-Karabakh conflict, to live in peace and to cooperate and develop economically," Putin stated in a joint press conference held after talks with Sargsyan. "Also Armenia is interested in eliminating infrastructure and economic restrictions, providing a better life for people and the development of Armenian statehood. This is our aim and aspiration for conflict-solving. The goal is to achieve these results.”

However, the problem is that Azerbaijan, by initiating a round of increased violence in April, totally changed the paradigm in the region. In these circumstances, violation of the territorial integrity of Nagorno-Karabakh will weaken Armenian statehood. Moreover, given the unpredictable nature of President Aliyev, it is difficult to predict his next steps.

All the countries involved in recent discussions have much to gain by increased cooperation, but the relationships in the region are complex, and at the moment it is too soon to say who might benefit the most. One thing, however, is clear: the strengthening of Armenian-Russian-Iranian relations and enhancing Armenia’s statehood will contribute to a lasting peace and increased dialogue in the South Caucasus and the region at large.

It’s time for the United States to act on Azerbaijan

It’s time for the United States to act on Azerbaijan   David J. Kramer is [the] senior director for ...

George Koo: Notes from a Chinese American tourist in Iran

George Koo: Notes from a Chinese American tourist in Iran A 17-day tour of Iran does not a country expert make, ...