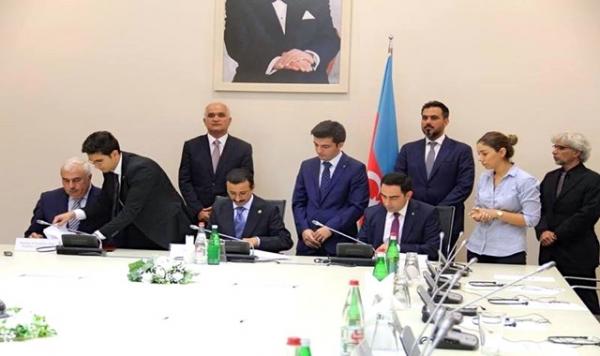 DP World is to advise the government of Azerbaijan and Port of Baku on developing the country's Alyat Free Trade Zone (FTZ).

The future FTZ is planned to become part of a network of economic zones in the country and form part of the Eurasian trade corridor.

DP World already provides advisory services for the development of the Khorgos Special Economic Zone and Inland Container Depot in Kazakhstan, as well as the Port of Aktau, the country's main cargo and bulk terminal on the Caspian Sea.

Commenting on the agreement with Azerbaijan, Bin Sulayem commented: "Our history of marine and inland terminal development, industrial zone and logistics coupled with experience of multi-modal transport connectivity honed through our global network is something which sets us apart as a business and where we can add value to our partners and governments.

"I believe this experience will help the Port of Baku and [the] Alyat Free Trade Zone to become an important logistic and transport hub between China and Europe. We are delighted to be involved as the principal advisor in this major project," he added.

Once completed the FTZ is expected to cover 20 square kilometers, with DP World advising on its business plan, regulations governing special economic zones and a master plan for phase one of the project, which spans 4 square kilometres.

In July this year, Mahmud Mammad-Guliyev, Azerbaijan's deputy Minister of Foreign Affairs and World Trade Organization (WTO) chief negotiator, announced the adoption of a national strategic roadmap aimed at diversifying Azerbaijan's economy and tackling the challenges caused by the decline in international oil and gas prices. "We reaffirm our commitment to accede to the WTO and to enact all possible measures to intensify the process," he said.

Azerbaijan has signed WTO protocols with Turkey, Oman, the UAE, Georgia and Kyrgyzstan.

Iran, Russia discuss easing visa requirements In talks on the sidelines of an international economic conference in St. Petersburg, Iran ...

Diplomacy is starting to take the lead in the Syrian conflict. In recent weeks important meetings and talks ...