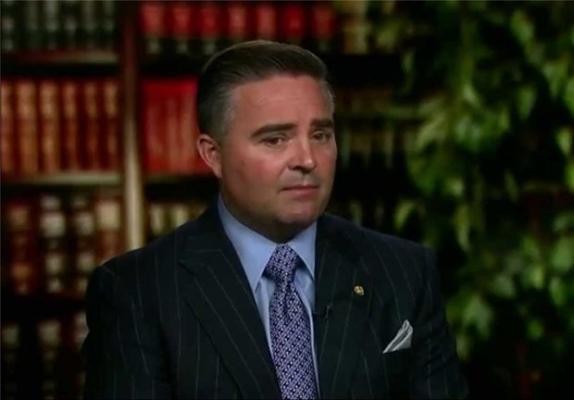 A former US army psychological operation officer and counter-terrorism analyst calls Iran-Russia cooperation plan to save Syria the greatest thing that has happened to the world in over 25 years.

Scott Bennett asserted that Iran-Russia cooperation to fight terrorist extremists would not allow the reckless wars of American imperialism to spread any further, and gloriously China is also coming along side Iran and Russia in full agreement and assistance in this effort.

The world is becoming aware of its mistakes towards the Middle East, with "Turkey’s President Erdogan seems to have come to understand that the power shift away from the US influence and towards the Russian-Iran-China alliance is something that he must adapt to," Bennett said in an exclusive interview with Mehr News Agency:

How do you evaluate Iran-Russia cooperation on regional issues, including Syria and Yemen?

Without a doubt, the Iran-Russian alliance and cooperation on regional issues is perhaps the greatest thing that has happened to the world in over 25 years.The great powers of Russian and Iran coming together is a true sign of hope for an end to terrorism, an increase in regional stability, and a peaceful future.

It saddens and disgusts me beyond words when I consider the destruction, death, misery and anger which the United States arrogantly and foolishly unleashed upon humanity in its Middle East wars in Iraq, Libya, and now Syria. We now know after fifteen years of research that the attacks of September 11, 2001 were NOT the work of Osama Bin Laden or Saudi Arabian hijackers, but instead was a “false flag attack” that certain traitors in the American intelligence agencies, the White House, Israel, and Saudi Arabia conducted. They did this using sophisticated technology, hologram imagery, missiles, and psychological warfare techniques. The American media was also complicit in this false attack.The reason for doing it of course was to unleash and American led war on the Middle East to disintegrate the Muslim regimes and replace them. Sadly, instead of moderate and productive new regimes to rule, the American interventions have unleashed savage Takfiri Wahhabi monsters that rape, destroy, and ruin everything they touch. Worst of all, the moderate people in the Middle East have been forced to flee their homelands, and now are being driven into Europe where increased tensions and outrage and cultural conflicts are causing all kinds of new problems.

With Russia and Iran coming together in agreement to fight terrorist extremists, they are sending a message to the world that they will not allow the reckless wars of American imperialism to spread any further, and gloriously China is also coming along side Iran and Russia in full agreement and assistance in this effort. So now the only countries that remain to come along side in agreement are the countries of Europe. Which I anticipate coming very soon as they begin to see the damage the US has done to them through these terrible policies.

What do you think about the deployment of Russian long-range bombers to be taken off from Hamadan air base in Iran and to carry out airstrikes against targets belonging to the ISIL and Jabhat al-Nusra terrorist groups?

The Russian long range bombers and the base being set up for them in Iran is a strategic victory for peace, because it not only allows the bombing runs against ISIL Takfiri terrorists, but it also shows the world that Russia and Iran are in alliance, and no nation will attack Iran without attacking Russia. This effectively sets up a protective barrier for Iran against any attacks by Israel or the US.

Interestingly, Turkey’s President Erdogan seems to have come to understand that the power shift away from the US influence and towards the Russian-Iran-China alliance is something that he must adapt to. We see Erdogan adapting Turkey by divorcing itself slowly from NATO and the US, and trying to mend its relationships with Russia and Iran. Interestingly the coup attempt in Turkey may have been created by Erdogan himself, and self-inflicted in order to create the excuse for Erdogan to separate. It makes perfect sense, and the incompetence and failure of the coup, and the instant counter-response and ending of the coup by Erdogan suggests that it was really an artificially generated psychological operation, and not a real event. But if it was a real event, then Erdogan has also blamed the US openly for supporting the coup against him, and possibly financing and planning it with the help of NATO and the CIA. Time will tell.

How do you think about Iran's role in resolving regional issues? Why Iran is an integral part of any resolution to the regional issues?
Iran shares a common culture, history, language, and identity with the various peoples of the Middle East, and has also been a great nation since biblical times. Iran has grown through history for thousands of years, and this gives it great respect and identity among other nations and cultures. It is this honor and respect which gives Iran its security and confidence and humility when dealing with immature and childish nations and agendas that may soon pass into oblivion by their own hand.

What destructive states of the region, including Saudi Arabia and its allies, seek through establishing instability, war and tensions in the region?

The instability of the region was triggered by the United States and Israel and Great Britain originally invading Iraq, then creating civil war there, and spreading the fires of rebellion through the CIA operation knowns as “The Arab Spring”. The plan was to trigger revolutions, and hope that miraculously Democracy and law and order would spring up and take over, but instead the opposite occurred. In the vacuum of authoritarian power and absolute dictatorship rule, many of the peoples in the region fell into religious fanaticism and cult like delusion, and sought to use their new freedom to destroy the rest of civilization and replace it with Wahhabi Salafi laws, rules, and culture. Since the rest of the world is not open to this Wahhabi ideology, and in fact views it as mentally deranged and politically suicidal, this has created an endless conflict.

The hope is that with Russian-Iran-China drawing a line in the sand, the U.S. and NATO will pause and give careful consideration to what Vladimir Putin originally said at the United Nations….”Do you realize what you have done?”

Hopefully, they will, and a new agenda for peace and stability in the world will take precedence over democracy and capitalism. Time will tell.

Dr. Scott Bennett, formerly of the US Army 11th Psychological Operations Battalion, attempted to blow the whistle by contacting the commercially-controlled media and writing to US politicians after being sacked from his job as terrorist finance investigator after he proved too zealous at the job. He also tried to expose Union Bank of Switzerland for financing terrorism (Al Qaeda, Benghazi, ISIL) through the US and Allies, Saudi, Qatar, Turkey, Israel back in 2012; then thrown in prison for it. Bennett had a background in advertising, before being fast tracked into the US military PSYOPS division, receiving a Direct Commission as an Officer, and held a Top Secret/Sensitive Compartmentalized Information (TS/SCI) security clearance.

Azerbaijan’s state oil firm SOCAR says it is looking to revive trade with Iran as the two neighbors are ...

Repairs in Naftalan airport, which will be the seventh international airport in Azerbaijan will begin in 2017, director of the ...