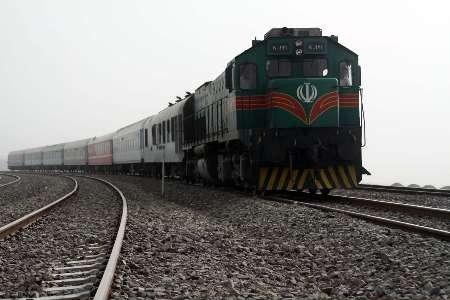 Deputy road minister has announced that Qazvin-Rasht railroad, upon completion, will connect Iran to Caucasus countries.

Ali Nourzad, Iran's Deputy Minister of Roads and Urban Development, deemed Qazvin-Rasht railway as one of the most major routes under construction; “presently, the rail track is 93 percent through in infrastructure as well as 19 percent of physical progress has been accomplished.”

The official, while emphasizing that more than 370 million dollars have been invested on the project so far, said special geographical conditions in northern part of Iran cause complications for railroad construction.

“Obstacles emerge as a result of efforts to preserve ecologic texture of the region with slightest damage to the environment on the one hand as well as vastness of urban and agriculture areas on the other.”

Nourzad went on to enumerate advantages of the ongoing project asserting “the new rail track would link Gilan Province to the national railway grid which reaches the Persian Gulf while it will also lead to rail connection among Tehran, Qazvin, Rasht, Bandar-e Anzali and all the way to Iranian and Azerbaijani Astara cities in addition to Caucasus states.”

Deputy road minister also pointed to completion of North-South transit corridor as yet another advantage of the rail project underscoring “Qazvin-Rasht railroad would bring about ties among Russia, Middle Asian and Caucasus countries and European states with the Persian Gulf and India which, in turn, will facilitate trade and business transactions with Caspian Sea littoral states as well as Batumi and Poti ports in the Black Sea.

Travel service Travel.ru has defined what tourism destinations in the CIS countries are the most promising in 2016, Fineko/abc ...

General cargo ship KASRA-1 dragged anchor on Nov 30 or Dec 1 and started to drift towards shoreline at ...