Azerbaijan to enhance its role in forming energy corridors Energy 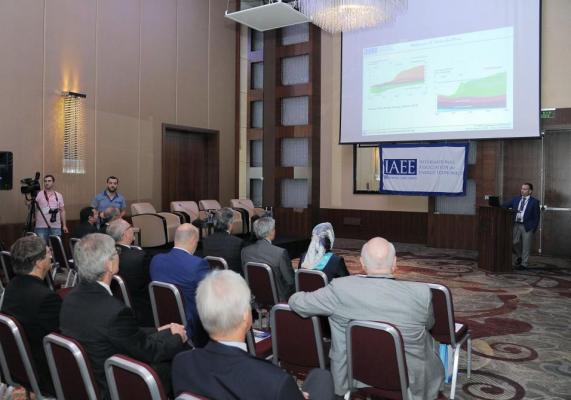 Deputy Energy Minister Natig Abbasov made the remarks at the first Eurasian Conference of the International Association for Energy Economics (IAEE) in Baku on August 29.

As a country located at the intersection of Europe and Asia, Azerbaijan has exceptional opportunities for transportation of energy resources, he noted adding that the SGC is one of the biggest infrastructure and energy projects of Europe.

“As an energy security project, the SGC will bring benefit to all of us – producers, transit countries and consumers – for years to come,” added Abbasov.

The Southern Gas Corridor is one of the priority energy projects for the EU. It envisages the transportation of 10 billion cubic meters of Azerbaijani gas from the Caspian Sea region to the European countries through Georgia and Turkey.

At the initial stage, the gas to be produced as part of the Stage 2 of development of Azerbaijan's Shah Deniz field is considered as the main source for the Southern Gas Corridor project. Other sources can also connect to this project at a later stage.

Abbasov further said that Azerbaijan is considering the possibility to transport Iranian gas through its territory to Europe.

He noted that it will be possible through Iran’s joining the Trans-Anatolian Natural Gas Pipeline (TANAP) project.

The conference to be end on August 31 is attended by 56 speakers from 24 world countries.