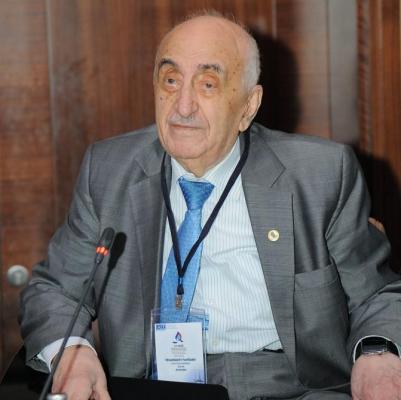 Georgia and Turkey have so far received 5.5 and 41 billion cubic meters of gas respectively through the Southern Caucasus Pipeline as part of Shahdeniz-1 project, said Khoshbakht Yusifzade, the first vice-president of SOCAR, while addressing the first Eurasian conference of the International Association for Energy Economics (IAEE).

SCP, built to export Shah Deniz gas from Azerbaijan to Georgia and Turkey, starts from the Sangachal terminal near Baku and follows further the route of the Baku-Tbilisi-Ceyhan oil pipeline.

Yusifzade said that Georgia now receives about 1.6 mcm, while Turkey gets about 16.8 mcm of gas per day within the framework of the project.

Azerbaijan exported 422 million tons of oil to the world market as of August 1, with some 307 million tons being exported by means of BTC. Yusifzade has also highlighted the process of oil extraction on other fields of the country.

“About 404.1 million tons of oil, with 224 million falling to a share of Azerbaijan’s profit oil, and 123 bcm of accompanying gas were produced on Azeri-Chirag-Gunashli (ACG) block of oil and gas fields in the Azerbaijani sector of the Caspian Sea as for August 1. Monthly volume of extraction amounts to 2.8 cmillion tons of oil and more than one bcm of gas,” he said.

The volume of the country’s profit oil is increasing steadily.   “Some 11.5 million tons or 57.2 percent of the total volume of 19.6 million tons of oil sold in the first seven months of 2016 accounts for the profit oil of Azerbaijan, ” Yusifzade said.

The volume of proved oil reserves of the country currently amounts to approximately 2 billion tons, while gas reserves volumes stand at 2.6 trillion of cubic meters (tcm), forecasted reserves of oil and gas stand at about 4.5 million tons and 5.4 tcm respectively.

The contract on the development of ACG block was signed in 1994 and covered the development of three large oil fields including Azeri (113 km), Chirag (94 km) and Deepwater portion of the Gunashli field (82 km) became first offshore PCA agreement of the country. The agreement became known as a Contract of the Century. The proven oil reserves of the block amounts to approximately one billion tons.

The Shah Deniz (SD) field, discovered in 1999, is considered to be one of the world’s largest gas-condensate fields, with the estimated reserves standing at 1.2 tcm. Annual production is expected to increase up to 16 bcm of gas within the framework of the Shah-Deniz 2 project.  It is located on the deep water shelf of the Caspian Sea, 70 km south-east of Baku, in water depths ranging from 50 to 500 meters.

Turkmenistan spends over $5B on construction in 2016

IIKSS - Turkmenistan commissioned 202 facilities with a total worth of over $5 billion in 2016, the Neutral ...