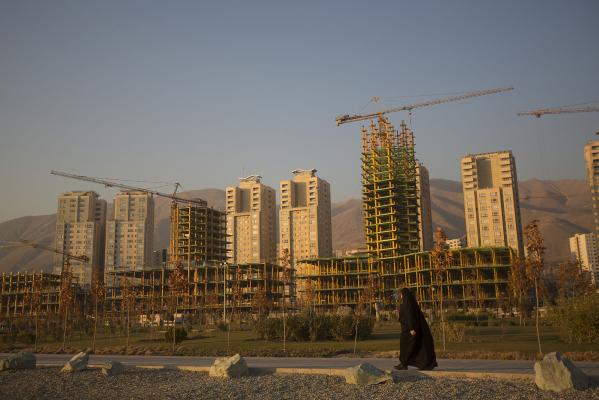 Iran will receive only a fraction of the $500 billion it needs to modernize its infrastructure because foreign banks are still unwilling to risk penalties from the U.S. Treasury, a major domestic construction company said.

“The projects are there, they are all ready, but the problem is we need more help from the West,” Maryam Kiaie, business development director at Tehran-based Rah Shahr International Group, said in an interview. “I don’t see any big banks coming here in the next five years.”

Rah Shahr is involved in projects worth about $200 billion, including the master-plan for the second terminal at the $50 billion Imam Khomeini Airport City project near Tehran, Kiaie said. Plans to develop free-trade zones, including the expansion of Bandar-e Anzali on the Caspian Sea to boost Russia’s access to Iranian markets, will need approximately $240 billion.

While international sanctions imposed over Iran’s nuclear activities were lifted in January following the deal with world powers last year, others related to alleged links to terrorism and ballistic missiles remain in force. That could impede Iran’s efforts to attract as much as $50 billion a year in foreign investment.

Iran’s supreme leader Ayatollah Ali Khamenei accused the U.S. of failing to fulfill its commitments in the nuclear deal. Authorities are still freezing bank accounts and preventing money from being repatriated to Iran, he said in a televised speech.

Iranian companies are getting frustrated at the slow progress in securing overseas financing, despite a flurry of foreign delegations arriving in Tehran to sign memorandums of understanding, according to Kiaie. Foreign investors will probably limit their exposure to small projects of up to $100 million until they become more confident of the legality of investing in Iran, she said.

"Most of the transactions and the project valuations are in U.S. dollars, and European companies don’t know how or where to receive this money when it comes to Iran,” Kiaie said. “And as soon as a single U.S. dollar from Iran lands in their bank accounts, it’s sanctioned.”

The legacy of punishments on banks found to have dealt with Iran while the country was subject to sanctions still lingers. As a result, major projects will take longer to get started, said Joanna Addison, a projects partner at law firm Herbert Smith Freehills in Doha.

While “every single major client” is interested in entering Iran, the lack of assurances from the U.S. Treasury about doing business there is “creating a lot of uncertainty,” Addison said in an interview. “There’s an environment of ambiguity.”