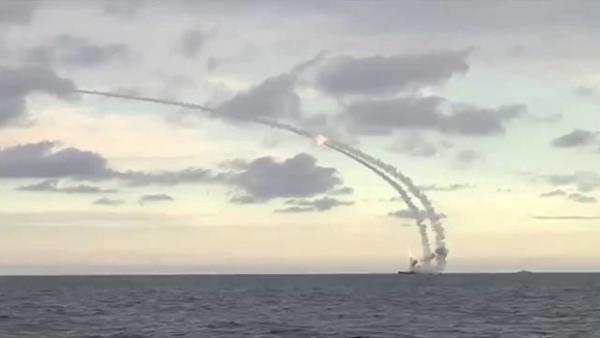 Russia asked Iran and Iraq for permission to use their airspace for ballistic missiles against Syrian targets, apparently from the Caspian Sea, part of a new offensive against ISIS from the East.

“The Russian Defense Ministry last week sent a request to Iraq and Iran for the use of the airspace of these countries for the flight of ballistic missiles,” a military source told the Russian news agency Interfax on Monday.

The request coincides with naval exercises, which also started Monday, of the Caspian Flotilla in the “southwest part of the sea,” i.e. the part closest to Syria. “The plan of the exercises envisages testing the readiness of the forces of the Caspian Flotilla in resolving crisis situations presenting a threat to the military security of the country, including of a terrorist nature,” the MoD said in a release.

Russia last year sent two salvos of Kalibr cruise missiles against ISIS targets in Syria from ships in the Caspian Sea, the first ever combat use of those missiles and an unprecedented step in the militarization of the Caspian. The events caused some consternation among Russia’s Caspian neighbors, most notably Kazakhstan, which rerouted flights across the sea and apparently complained behind the scenes.

Last year, Russia said it had gotten permission beforehand from Iraq and Iran to use their airspace, but didn’t announce that ahead of the launch. It’s possible that the leaking of the requests this time is itself intended to send a message, though it’s not clear what that might be. Russian military analyst Viktor Murakhovskiy told the website Sobesednik that using the Kalibr from the Caspian was overkill, since it is intended for larger targets that ISIS possesses, and Russia has means of attacking Syria that are much more convenient. “This is more like a demonstration of the abilities of the Russian armed forces, than a real military necessity,” he said.

On Tuesday, Russia struck targets in Syria with bomber aircraft based in Iran, the first time that had happened.

The ships involved in the current exercise include the same ones that fired the missiles last year, including the Dagestan, Tatarstan, Grad Slavyansk, Velikiy Ustyug, Volgodonsk, and Makhachkala.

Yanase emphasised that Japanese companies are interested in investing in Kazakhstan. As of the first quarter, trade between the ...

Russia holds reconnaisance flights over Caspian Sea   Russian advanced bombers and jet fighters have been relocated to western part of ...