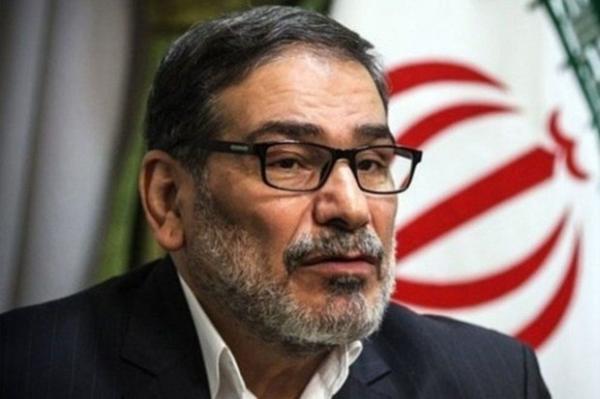 Secretary of SNSC said Iran-Russia-Syria’s close cooperation in recent operations against Takfiri terrorists in Syria has thwarted America’s ‘time-buying’ strategy on imposing its own will on Syrian security equations.

Leader’s representative to Supreme National Security Council, Ali Shamkhani, referred to the attempts by US and its regional allies for protecting the terrorists who, under false labels such as ‘moderate opposition’, have committed numerous crimes against Syrian people, adding “decisive strikes from land and air targeted Takfiri terrorists in Syria in a bid to thwart the US and its allies’ ‘time-buying’ strategy in recent operations.”

Shamkhani considered the vast bulk of broadcasting from Western and Saudi media in regard to Iran-Russia-Syria’s joint cooperation in recent operations as a psychological war in order to cover up the heavy defeat of their allies in Idlib, Lattakia and Rif in Aleppo, adding “certain Western and Arab countries which are greatly delusional about their power in altering regional equations have been caught off-guard by Iran’s political, defense and security initiative.”

Shamkhani went on to stress that coordinating capacities of one of the most powerful air forces in the world for defending innocent Syrian people against threats that could also endanger Iran’s national security, indicates the Islamic Republic’s initiative and political and military authority.

The weighted average US dollar exchange rate with T+1 calculations in tenge at the end of the morning session ...