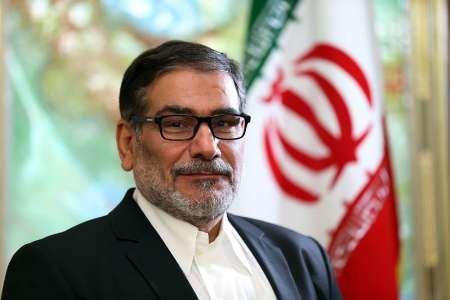 Secretary of SNSC said Russian fighter jets left Nojeh airbase in Hamedan on Thu. as planned, although the coalition between Iran, Syria and Russia in combating terrorism is still strongly in place.

Ali Shamkhani, Leader’s representative to Supreme National Security Council, maintained that Russian fighter jets were not supposed to stay at the airbase, rather they were scheduled to stay until Thursday and then return home; “the jets did not leave yesterday,” said Shamkhani, “they left on Thursday according to the schedule and not due to pressure from other countries.”

“Other countries were caught by surprise at our strategic cooperation with Russia, and as such were unable to achieve their wicked intentions in breaking the siege of Aleppo,” he added.

Shamkhani went on to stress, “Takfiri terrorists were drawing their last breaths in a particular region in Syria and this opportunity needed to be turned into a decisive and permanent victory for the Syrian nation.”

“That in a part of Aleppo a certain operation would need air support and that support would be given by Russia as a result of Iranian advisers is a sign of power not dependency,” he said.

“Today, Iran has sided with the powerful Russia due to its need for cooperating with this country in combating Takfiri terrorist plots,” Shamkhani said. “We have Russia for the airstrikes alongside the ground operations devised by our own military advisors and that is indicative of power and authority.”

What's Behind Nagorno-Karabakh Row Between Armenia and Azerbaijan

On April 2, Armenia and Azerbaijan declared a dramatic escalation of the situation in the Nagorno-Karabakh region. Baku ...