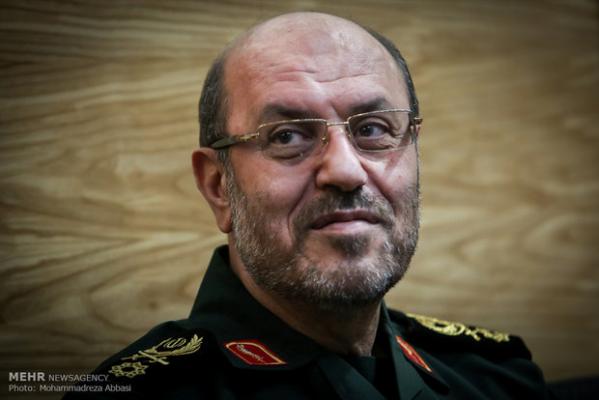 Defense minister has send a letter to Parliament speaker to expiate for his allegedly misunderstood remarks on Parliament role in Hamedan airbase case.

Brig. Gen. Hossein Dehghan told the Parliament in his letter that his remarks had been grossly misinterpreted by the media and Parliamentarians had not been the subject of denigration in his remarks. Mr. Dehghan’s letter comes after he had told reporters in a tone reminiscent of debasing Parliament’s role, that Russian fighters’ taking off from an airbase in Hamedan needed not to be approved by the Parliament, which was a matter of controversial debate and stole the spotlight of the domestic as well as international media. The letter tried to expiate for the apparently disparaging remarks.

Addressed to Ali Larijani, the letter, dated Tuesday August 23, elucidated his remarks in 3 sections; “Parliament occupies a pivotal place in the Constitution and has been highly renowned for the public in the history of the Islamic Republic; Parliamentarians have the jurisdiction to seek information in all issues according to their rights by virtue of being people’s representatives,” read the letter and continued to the core part of his elucidation; “it is a source of regret that my remarks had been grossly misunderstood and misinterpreted inaccurately as weakening the Parliament’s place in national affairs. My remarks only intended to serve to communicate the message that no approval was required in the case of Hamedan airbase,” it concluded.