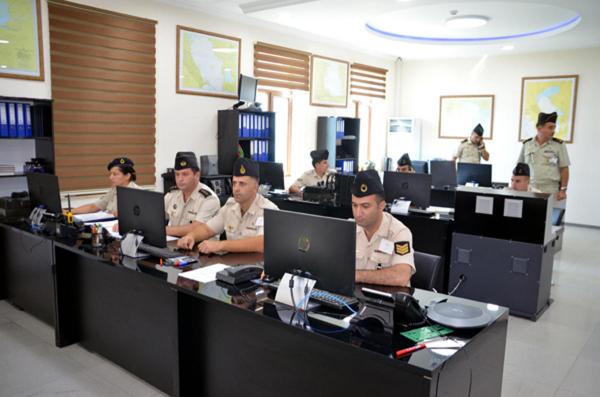 The Azerbaijani Navy started the command and staff exercises on August 22, Trend reported.

The exercises are held on the instruction of Azerbaijani President, Supreme Commander-in-Chief of the Armed Forces Ilham Aliyev and in accordance with the approved plan of the combat readiness, the Defense Ministry reported.

Defense Minister, Colonel General Zakir Hasanov visited the base of Naval Forces for the stationing of warships of the Navy, inspected the level of combat readiness of ships and military personnel.

The minister also visited the command post, where he was informed about the readiness of ships participating in the exercises, the operational situation in the Azerbaijani sector of the Caspian Sea and the management of Naval Forces.

The main purpose of the exercises, which involve forces and means of the Navy, the Air Force and the Missile Forces and Artillery, is a planning of joint actions for the protection of energy infrastructure in the operational zone of the Caspian Sea.

The exercise consisting of several phases will end on August 25.

Recently, the Azerbaijani Naval Forces has successfully performed at the Caspian Sea Cup-2016 in the framework of the International Army Games-2016 running from July 30 to August 13 in Russia. The Azerbaijani Navy became the leaders of various stages of the competitions and represented the country at the highest level.

The Azerbaijani Navy is regarded as one of the strongest and most equipped in the Caspian Sea region.

Kazakhstan launches first ODA project in Afghanistan, with support from UNDP and Japan