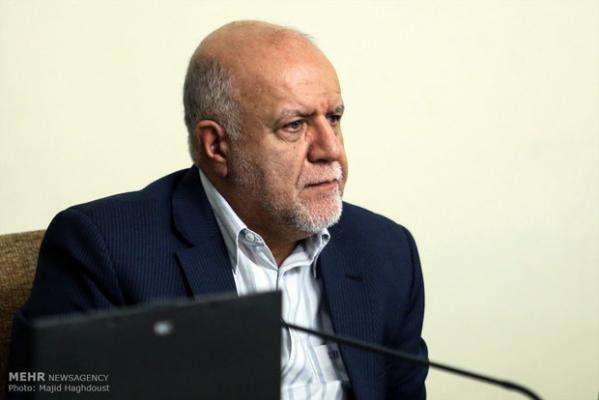 Oil Minister Bijan Zanganeh has reported on negotiations between Iran and Russia for oil swap.

The official, while pointing to Iran’s readiness for oil swap with Russia, noted “the Russian side has also voiced willingness for swapping a portion of its oil production through Iran’s route and relevant negotiations are underway.”

“The capacity exists for a maximum swap of 150 thousand oil barrels per day,” underlined Zanganeh stressing “the process would boost Iran’s market share since the replacement is delivered to customers in the Persian Gulf.”

Later in his speech, the oil minister pointed out the potential to deploy 20 million liters of gas oil per day though the actual figure now resides at 14 million liters due to transportation restrictions.

He reiterated that the rise in gas oil exports has been made possible mainly as a result of implementing the diesel quota allocation plan for trucks as well as developing the national gas network.

Bijan Zanganeh, while describing the latest status of development projects in South Pars phases, explained “gas recovery capacity at the joint field has climbed from 240 to 360 million cubic meters over the past few years.”

Oil minister of Iran maintained that five new South Pars phases will come to stream by the end of the current Iranian year (began March 20) for the production capacity to hit 500 million cubic meters per day.

He estimated that Iran’s gas production volume at the joint filed will equal that of Qatar halfway through the coming year.

Zanganeh further estimated that oil production at West Karun joint oil field will climb from the current 220 thousand to more than 280 thousand barrels per day.

The official went on to emphasize the uplift in Iran's crude oil exports in the first five months of the current year from 1.2 to 2.6 million barrels per day.

“More than one million barrels have been added to Iran’s crude exports volume since implementation of the Joint Comprehensive Plan of Action (JCPOA),” commented Zanganeh adding “in the meantime, oil production has also soared from 2.7 to about 3.85 million barrels per day.”

The member of the cabinet concluded that all customers of Iranian crude have settled their debts as no blocked oil revenues exist at the present time.

Russia’s largest oil producer Rosneft has decided to quit Iran and the possibility of US$30 ...

The Kazakh Ministry of Defence is preparing the second contingent of Kazakh soldiers to be deployed as peacekeepers in ...

Azerbaijan to hold large-scale military exercises   The exercises will involve about 25,000 servicemen. In accordance with the combat readiness plan for ...