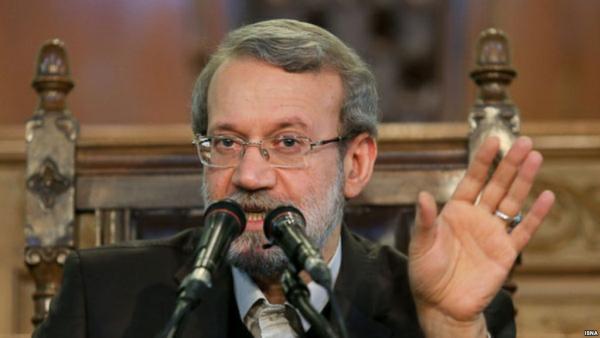 Iran’s Parliament Speaker on Wed. dismissed any claims that an Iranian military base has ever been given to Russia or any other country.

Ali Larijani made the remark in dismissal of a parliamentarian's objection who believed Russia's  use fo Hamadan air base was against Article 146 of Iran's Constitution, adding “we have only cooperated with Russia as one of our allies in regional issues, particularly in regard to Syria. This cooperation by no means entails that our military base is under their control.”

Article 146 of Constitution has banned establishment of any foreign military base in the country. Teh Russian case, however, is not a foreign military base and Russian fighter jets just carry out airstrike missions against terrorist targets in Syria in line with joint cooperation of Tehran and Moscow who are helping Syria at the official request of Damascus.

According to a statement by Russian Defense Ministry on Tuesday, Russian long-range bombers, having taken off from Hamadan air base in Iran, “carried out airstrikes against targets belonging to the ISIL and al-Nusra Front terrorist groups in the provinces of Aleppo, Deir Ezzor and Idleb.”

Larijani went on to add, “we have explicitly declared our good cooperation with Russia which has come about due to the crises in the region created by the West, particularly the US.”

“In this situation, Russia has a correct understanding of the region and has had good cooperation with us during the past year,” he added. “Today, it has become known to the world that the objection of the Islamic Republic of Iran to any military approaches to the Syrian crisis was justified.”

Larijani went on to add that Iran appreciates Russia’s common and positive stance on the Yemeni issues.

Meanwhile, the Secretary of SNSC Ali Shamkhani said on Tuesday that Iran and Russia’s cooperation in combating terrorism in Syria is strategic and the two sides share facilities in the anti-terror fight.

No Iranian military base given country
0
0

No Iranian military base given country

IIKSS -  The plan, reported by the New York Times on Sunday, calls for the "withdrawal of all ...