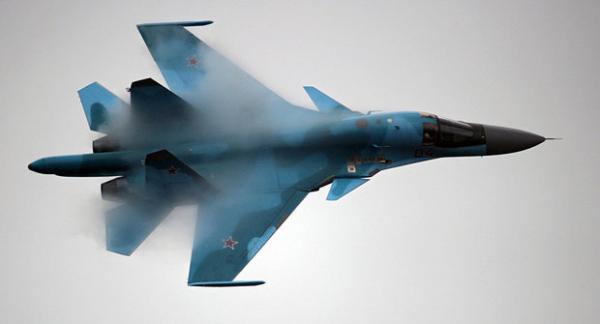 Russian Su-34 strike fighters deployed at the Hamadan airbase in Iran carried out airstrikes against ISIL targets in the Syrian province of Deir ez-Zor and destroyed two command centers, an ISIL training camp.

Some 150 ISIL terrorists, including foreign fighters, have been killed as a result of Russia's strikes on Wednesday, the ministry said.

"On August 17, 2016, Russian Su-34 bombers carried out strikes from the Hamadan airfield on the territory of the Islamic Republic of Iran against targets of the Daesh terrorist group in the province of Deir ez-Zor. Aircraft carried high-explosive bombs OFAB-500."

All aircraft of the Russian Aerospace Forces returned to their home bases after carrying out airstrikes on ISIL targets in Deir ez-Zor, the ministry said.

"The Su-35S aircraft based at the Hmeymim airbase [in Syria] provided fighter-bomber air cover for the bombers. After successfully conducting combat missions, all Russian aircraft returned to their home bases."

The Russian Defense Ministry confirmed on Tuesday that it had deployed Tu-22M3 bombers and Su-34 strike fighters in Iran and these aircraft have already been used to carried out airstrikes against Daesh in Syria.

The Su-34 fighter-bomber has been tested in the war against radicals in Syria where the aircraft arrived among the first Russian forces in 2015.

Iran exported 14mn barrels of oil to Europe since mid-Jan