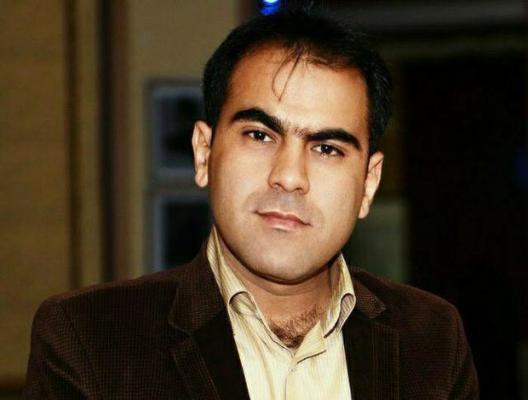 Iran has been experiencing tense relations with some of her southern neighbors, especially with its rival Saudi Arabia. As such, time has come for restoring bilateral relations with its northern neighbors, particularly Republic of Azerbaijan, based on goodwill and mutual understanding. Hassan Rouhani's August 7 meeting with his counterpart Ilham Aliyev in Baku would be a great opportunity for both countries in a time when oil prices have rocked down and both countries eye foreign investment.

With strong currents muddling the limpid waters of the Persian Gulf between Iran and Saudi Arabia, establishing good relations with northern neighbors would provide tinges of hope for Tehran to, for the time being, abandon conflict in the south in favor of more peaceful cooperation in the north. On the other hand, Republic of Azerbaijan is an ideal country among Iran's northern neighboring countries by virtue of common regional interests and cultural and ethnic similarities.

Common history and heritage provide both countries with a ground for cooperation. The sense of unity which stems from this common history is a good opportunity for further collaboration and peaceful coexistence. Azeri people on both sides of Araxes have the same language, ethnicity, culture, religion and customs and rituals. So, within this context, Iran and Republic of Azerbaijan are natural allies and both can provide easy partner for alliance.

Iran's good will and assistance to people mostly practicing the same religion in the republic following Soviet invasion of Baku in 1990, would bolster and be the raison d'être of the close partnership. During invasion of the republic by Soviet Union, Iran opened its borders to Azeris fleeing the war and conflict, and hosted them with munificence and won the hearts and minds of people in Baku as their best friend and hero. Therefore, Iran's history of aid and support during time of trouble could constitute an example of offering support.

Caspian Sea is the third ground for further collaboration and communication between Tehran and Baku and all three other capitals around this basin. Iran was the first country to propose the establishment of Caspian Economic Cooperation Organization (CECO) following the fall of Soviet Union in 1991. The Republic of Azerbaijan was the main littoral country to advocate this proposal in the Caspian Sea.

With agreeable changes for Iran in international arena following Rouhani’s assumption of the position in 2013 and his administration’s good offices to hit JCPOA with the 5+1 and his moderate leanings in foreign policy, the political sphere is ready and both Iran and Republic of Azerbaijan have been more conducive for improved economic cooperation and attempts to establish Caspian Economic Cooperation Organization (CECO).

The ongoing tensions and conflicts in the Middle East, especially Syrian war along Syria’s friends including Iran and Russia fighting against ISIL, CECO would provide alternatives for Iran as the major beneficiary of the advantages coming from perfect implementation of the CECO. So, improved relations with Republic of Azerbaijan would be justified on economic grounds.

Energy diplomacy is additional argument for close bilateral relations between Tehran and Baku. Caspian Sea is home to one of the largest oil and gas reserves in the world. Therefore, to secure energy resources in this region, cooperation is strategic with the most effective tool being energy diplomacy. In an ultimate reappraisal, benign diplomacy would benefit both sides.

No less important is International North-South Transport Corridor (NSTC), which is projected to improve bilateral and multilateral relations of the Caspian littoral states. As some specialists argue, this corridor will reduce costs and travel time by more than half and could compete the Suez Canal and Mediterranean Sea routes. Furthermore, this project will speed up cargo transit from India to Western Europe through Iran, Republic of Azerbaijan and Russia.

As Iranian Foreign Minister Javad Zarif believes, cooperation could serve simultaneously the interests of all three nations and the whole region as well, a fact that provides further theoretical evidence of the salubrious features of CECO.

Abbas Torabi has done his MA in North American Studies in Faculty of World Studies, University of Tehran.

New Turkmen Caspian seaport to be ready by 2017

New Turkmen Caspian seaport to be ready by 2017   Head of the Turkish Calik Holding Ahmet Calik at a meeting ...