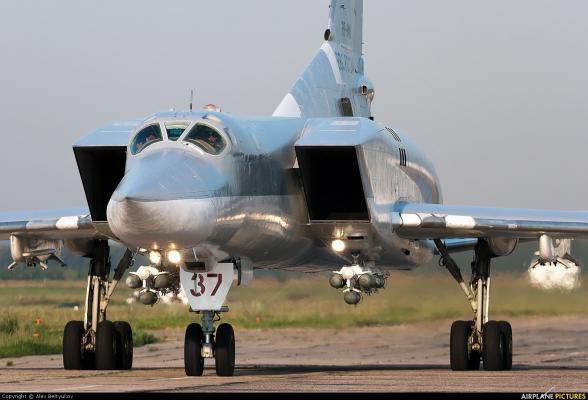 As the U.S. military uses Incirlik air base in Turkey to pound militants in Iraq and Syria, the Russian Defense Ministry also announced on Tuesday that it was using the Hamadan Airbase in western Iran to launch attacks on Daesh strongholds in Syria.

“On August 16, 2016, Tu-22M3 long-range bombers and Su-34 tactical bombers took off from the “Hamedan” airbase (the Islamic Republic of Iran) and carried out a concentrated airstrike on objects of the ISIS and Jabhat al-Nusra terrorist groupings in the provinces of Aleppo, Deir ez-Zor and Idlib,” the statement said.
Iran had already opened its airspace to Russian fighters as well as missiles fired from its Caspian Sea flotilla in October 2015, when four Russian warships launched a total of 26 Kalibr cruise missiles from the Caspian Sea, training on target in Syria.

This is the first time Iran is cooperating with Russia in such capacity, acting as a springboard for the Russian air force to operate more efficiently in its war on terrorism.
Iran and Russia have been assisting the Syrian government in fight against the foreign-backed militancy which has been holding swathes of territory in the country as well as in Iraq.
According to the announcement carried on the Russian Defense Ministry’s website, “the strikes have eliminated 5 large ammunition depots with armament, munitions and fuel, training camps of militants near Serakab, Al-Ghab, Aleppo and Deir ez-Zor cities, 3 control centers of militants near the cities of Jafra and Deir ez-Zor as well as a significant number of militants.”
The Iranian deployment diminishes possible risks posed by terrorist groups obtaining anti-aircraft weapons, Sputnik quoted a member of Russia's Federation Council Defense and Security Committee as saying on Tuesday.
"We know that the chances of Daesh and other terrorist organizations obtaining anti-aircraft weapons are minimal, but nevertheless, using only one military base [Hmeymim, Syria] bears some limited risks for our Aerospace Forces," Sen. Viktor Ozerov told RIA Novosti. He added that the base in Iran would give the Russian forces "more options for striking blows" against militants in Syria.
The new was confirmed by Iran’s National Security Council Secretary Ali Shamkhani who also acts as Tehran’s military coordinator with Russia and Syria.
Iran and Russia “enjoy strategic cooperation in the fight against terrorism in Syria, and share their facilities and capacities to this end,” said Shamkhani, according to IRNA.
“Constructive and extended cooperation among Iran, Russia, Syria, and the resistance front has made the situation difficult for terrorists and this process will continue with the beginning of a new and extended operation until their annihilation,” Shamkhani, a former military chief, pointed out.
Shamkhani did not comment on what he meant by “new and extensive operations.”
The announcement came one day after Iran’s Deputy Foreign Minister for African and Arab Affairs Hossein Jaberi Ansari met with his Russian counterpart Mikhail Bogdanov in Tehran.
Also, it comes at a time when Russia, Iran, and Turkey have been more of a regional front, expressing strong determination to find a fix for the Syrian crisis.
Turkey used to be at odds with Iran and Russia over Syria. While Tehran and Moscow espouse Bashar al-Assad as Syria’s president, Ankara was less well-disposed toward the current Syrian government at least until before the July 15 coup in Turkey.