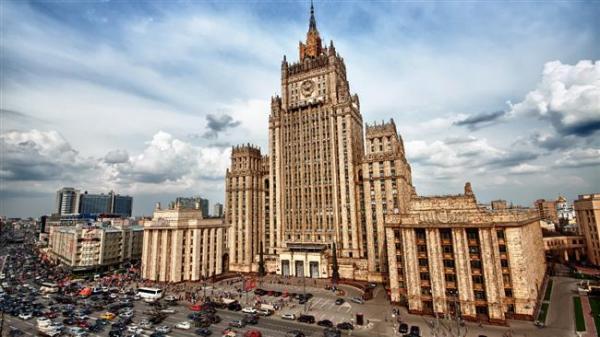 Russian President Vladimir Putin has put into play a reinvigorated diplomatic approach to resolving the longstanding crises involving the troubled states of the Caucasus.

Over the past week, Russian diplomacy has refocused its attention on the Greater Caucasus foreign policy agenda. In a span of three days, Russian President Vladimir Putin met the heads of Iran, Azerbaijan, Turkey and Armenia. As a result, some have suggested that Russia could be looking for a new configuration of players in order to bring peace to the region.

The agenda of these meetings included not only the problems in the Caucasus, but also the situation in the Middle East and Afghanistan. They even touched on energy security and bilateral relations. For example, the meeting between Putin and Erdogan — the first one since Turkey’s downing of the Russian jet in November 2015 — became the visible symbol of improving Moscow-Ankara relations.

However, it was the Caucasian agenda that brought together all the participants of the August meetings. Broadly defined, this agenda includes crises extending from the Middle East to the Caspian Sea and the Caucasus.

For example, Armenia and Azerbaijan are still struggling to earn benefits in the Nagorno-Karabakh conflict, one of the thorniest territorial disputes in the post-Soviet space. Even though there are no military clashes on the so-called line of contact between the Armenian and Azerbaijani troops, there are regular violations of the ceasefire treaty. After the breakout of hostilities earlier this year, both Baku and Yerevan are paying a great deal of attention to Moscow’s moves.
Also read: "Why Russia, the West should pay attention to what happens in Armenia"

The media outlets of both Armenia and Azerbaijan are discussing the Kremlin’s probable initiatives in an attempt to present Russia as the side that supports the decisions that are unilaterally beneficial for them. The Russian agenda became one of the most discussed topics within Armenia, especially after the seizure of a police station in Yerevan by he radical opposition, which demanded the return of Nagorno-Karabakh to Armenia and was reluctant to come up with a compromise with Baku.

The debates in Armenia focused primarily on the price of the alliance with Moscow. No wonder that diplomats and experts followed not only the negotiations between Putin and Sargsyan, but also the meeting between the Russian president and his Azerbaijani counterpart.

Likewise, Azerbaijan has paid close attention to Putin’s meeting with his Armenian colleague in an attempt to find out if Moscow will put pressure on Yerevan to drive the settlement of the Nagorno-Karabakh conflict to some sort of resolution.

Meanwhile, Turkey and Iran’s interests dealt with the Middle East, first and foremost.  After all, both Ankara and Tehran see Syria as their “Near Abroad” and have a vested interest in the outcome of the Syrian crisis.

However, the Caucasus is supposed to be also among the top priorities for these countries. While Turkey is a longstanding partner for Azerbaijan (together with Ukraine it supported Baku during the April military escalation in Nagorno-Karabakh), Iran is zealously tracking down other external stakeholders that seek to play a greater role in the Caucasian-Caspian region. In addition, it also wants to play a greater role in resolving the Nagorno-Karabakh stalemate.

The International North–South Transport Corridor, an ambitious project, is also important for Tehran, but to implement it, it is necessary to bring stability to Transcaucasia [The North–South Transport Corridor is the ship, rail, and road route for moving freight between India, Russia, Iran, Europe and Central Asia – Editor's note]. Without peace in the region, any economic initiatives will be at risk.

So, concerned with the strengthening of the alliance of the Turkish-language countries, Iran is trying to straddle between Yerevan and Baku. It also afraid of accidentally promoting any secessionist trends in this region, because they might reverberate in Iran. One should not forget that, regardless of its confrontation with the West, Iran didn’t recognize the independence of Abkhazia and South Ossetia in 2008 and preferred to preserve the status quo in the Greater Caucasus region.
Regarding Russia, its Caucasian agenda is not limited by the settlements of the conflicts in the countries close to its borders. Syria also looms as an important factor for Moscow, given the impact of that nation’s crisis on the Caucasian region. The Caucasian Emirate was replaced with the Vilayat group, which announced its allegiance to the Islamic State of Iraq and the Greater Syria (ISIS), a terrorist group that is banned in Russia.

In this regard, Russia sees its military operation in Syria not only as an attempt to support President Bashar Assad and boost its geopolitical clout, but also as the tool of a “remote” defense of its “Caucasian Near Abroad.” It also could alleviate tensions with Turkey as a result.
A new political configuration in the region?

So, what are the preliminary results of Russia’s attempts to reinvigorate its diplomacy in the Caucasus? After a week of summits, the Russian media started speculating about the creation of different alliances and “axes.”

In fact, this scenario is hardly likely to come true, given the fact that Russia, Iran and Turkey have a lot of serious contradictions. For example, Ankara is not going to break its ties with NATO: It won’t play the role of an independent stakeholder, unburdened by its commitments with the West. Likewise, Moscow and Tehran have not yet found common ground on the status of the Caspian Sea.

Moreover, Moscow is not going to make the choice between Yerevan and Baku, something that Putin made clear in his August meetings with Azerbaijani President Ilham Aliyev and his Armenian counterpart Serzh Sargsyan. Remarkably, in his comments that he made in Baku and Moscow, the Russian president reiterated one clear idea: Russia is not interested in any scenario, in which one of the conflicting sides will lose, while the other will win.  Coming up with a compromise is key in this situation, as indicated by Putin’s negotiations.

Most importantly, the Russian president didn’t try to contrast Russia’s mediation efforts in Nagorno-Karabakh with those of the Minsk Group of the Organization for Security and Cooperation in Europe (OSCE), which also involves the U.S. and France.

Actually, Russia sees the peaceful settlement of the Nagorno-Karabakh conflict as a priority, not as a tool of increasing confrontation with the West. That’s why there won’t be any blocs between Russia and Armenia against other hypothetical alliances, which could include Azerbaijan and other stakeholders.

Thus, Russia’s Caucasian agenda is not a clear linear process, but rather a multifaceted and multifactor game, which involves different strategies. While one of them targets strengthening ties with Armenia, the other seeks to bolster its relations with Azerbaijan, which could be beneficial for its relations with Turkey. The third strategy is to maintain relations with Iran.
One also should not forget about Georgia. Despite its aspirations to join NATO and the EU, Moscow should understand that it has common challenges with Tbilisi, including the fight against terrorism in the North Caucasus. After all, they have already cooperated in this field in the period leading up to the 2014 Sochi Olympics.

The Caucasian agenda also has its impact on Russia-West relations, but with certain nuances.  At any rate, it would be wrong to project the Ukrainian scenario on the Greater Caucasus, because there is such a complicated confrontation between different stakeholders in this region. Contrast this to the crisis in Ukraine, which primarily divides Russia and the West.

Even the lack of understanding on the status of the two Georgian breakaway republics - Abkhazia and South Ossetia - doesn’t mean that Russia and the West are at loggerheads. It just indicates that there is a division of the sphere of influence in the region.

While Moscow backs the two breakaway republics, the U.S. and the EU support “nuclear Georgia.” At the same time, the new Russian-Turkish rapprochement should send a signal to the West that there will not be any Eurasian coalition against it, even as a hypothetical project.

One also should not forget about Russia-West cooperation in resolving the Nagorno-Karabakh conflict. It survived the 2008 Five-Day War between Russia and Georgia and the Ukrainian crisis.

Thus, all these summits reveal the situational nature of Russia’s Caucasian agenda. There are no clear schemes and no rigid plans, and there are no brash attempts to put Russia into opposition with other stakeholders. However, it is clear that Armenia will be closer to Russia than Turkey, while Abkhazia will be closer than Georgia.

But again, it doesn’t mean that Moscow won’t cooperate with other stakeholders in the search for pragmatic solutions. Yet it remains to be seen if this trend in Russia’s policy will persist over the long run. After all, no one can predict the appearance of dangerous black swan events that upset any delicate equilibrium that might be created in the region.

The opinion of the author may not necessarily reflect the position of Russia Direct or its staff.

No Sabotage! Over 20 Warships of Russia’s Caspian Flotilla Hold Drills

No Sabotage! Over 20 Warships of Russia’s Caspian Flotilla Hold Drills More than 20 warships of the Russian Caspian ...