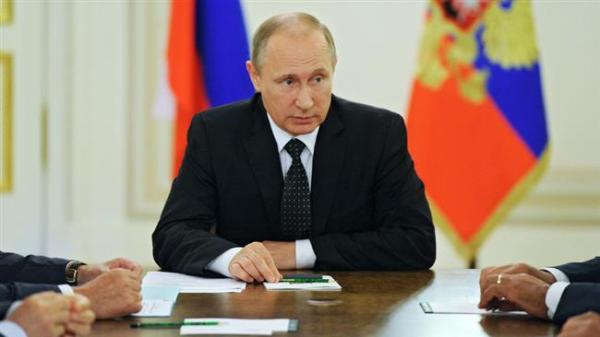 Russia says it wants Iran to join a regional economic alliance of Eurasian countries in which it is a leader – a move that could bring the two countries closer in their plans to form a strategic partnership.

Russian President Vladimir Putin has been quoted by the media as saying that Moscow supports the creation of a free-trade zone between Iran and the Eurasian Economic Union (EEU) – what is already being interpreted as an invitation for Iran to join the Union.

Putin emphasized that a research has already started overt the possibility of creating a free-trade zone between Iran and the EEU – an economic alliance that unites Russia, Armenia, Belarus, Kazakhstan and Kyrgyzstan.

“Iran is Russia’s longtime partner. We believe that bilateral relations will benefit from the reduction of tensions around Iran following the comprehensive agreement on the Iranian nuclear program,” Putin said in an interview with Azerbaijan’s state news agency Azertac, as reported by Russia Today.

He emphasized that Iran also shared his approach.

Putin further added that the cooperation between Iran and Russia had in some branches of the economy already become strategic.

He also stressed that Russia would continue to support Iran's pursuit of full membership in the Shanghai Cooperation Organization (SCO).

The report by Russia Today added that the level of trade between Iran and Russia over the first five months of 2016 had already reached $855 million – a figure that shows an increase of 70 percent compared to the same period last year.

Putin’s remarks come as he is scheduled to meet his Iranian counterpart Hassan Rouhani in the Azeri capital within the next few days to discuss regional issues as well as economic ties between the two countries.

The two will also be accompanied by Azerbaijan’s President Ilham Aliyev in a first-ever trilateral summit between the three countries that will open in Baku on 8 August.

OIC Summit should send signals of unity to world

OIC Summit should send signals of unity to world Hassan Rouhani has said upcoming Istanbul Summit of the ...