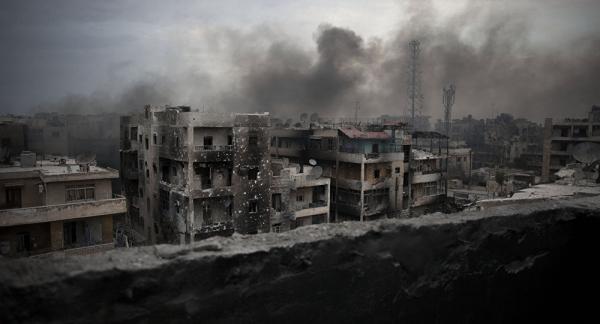 BAKU (Sputnik) — Russia has been sending tonns of humanitarian aid to Aleppo and helped open several humanitarian corriders for civilians to be able to flee the city and the fighting.

"Of course, we need to create conditions for normal life in Aleppo. All the residents of Aleppo and Syria are tired of this situation. We are ready to assist the Russian side in creating normal living conditions in Aleppo and Syria. We are ready to cooperate with the Russian side," Rahimpur told RIA Novosti.
The deputy minister noted that the issue would be discussed at the upcoming meeting between Iranian President Hassan Rouhani and his Russian counterpart Vladimir Putin in Baku. "There are no limits when it comes to discussions between the two leaders," he said.

Syria has been mired in civil war since 2011, with government forces loyal to President Bashar Assad fighting numerous opposition factions and extremist groups. On February 27, a US-Russia brokered ceasefire came into force in Syria. Terrorist groups such as Daesh, as well as the al-Nusra Front, both outlawed in Russia and a range of other states, are not part of the deal.

IIKSS - Kazakhstan and the United Arab Emirates signed a number of documents within the talks of Kazakh ...

“Controlled Chaos” as an Instrument of Geopolitical Warfare and “Color Revolutions”

Nowadays, a variety of means are being used in order to implement and extend the “controlled chaos” in the national ...

IIKSS - President Gurbanguly Berdimuhamedov held extended session of the Cabinet of Ministers of Turkmenistan where outcomes of ...