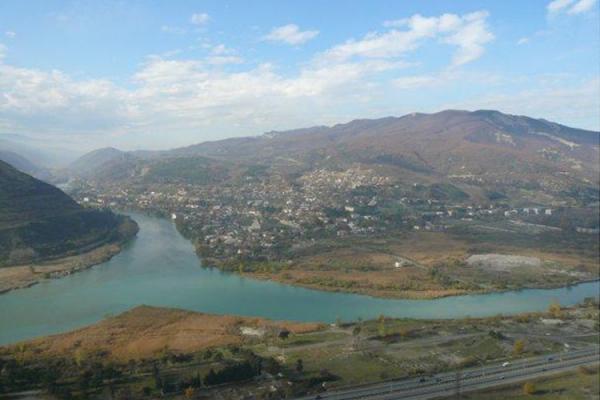 Increase of water level has been observed in Kura River in the past few days.

Being the largest river in Transcaucasia region, Kura is considered to be of great importance for the economy of Azerbaijan. The river originates in Turkey after going through Georgia and Azerbaijan into the Caspian Sea. The total length of the river is 1,515 km while some 906 km falls to a share of the territory of Azerbaijan.

The river, which is frequently called as “Mother Kura” in Azerbaijan, is replenished by groundwater, snow, and rain and is used for irrigation purposes. The Kura River also gives the means of producing energy to the Mingachevir, Varvara, Shamkir and Yenikend hydro power stations. Moreover, it is the only river in the country suitable for shipping. Some 80 percent of water resources of Azerbaijan fall to a share of Kura.

IDEA Public Union has recently organized The Clean Kura campaign, which is aimed at the prevention of pollution of the Kura coast, observance of cleanliness in the area, and promotion of public awareness of the issue.

Today, the amount of biogenic substances in the river and its tributaries exceeds the established norm by several times, as a result of the discharge of untreated water and industrial waste into the river from the territory of Armenia and Georgia.

Lukoil’s CEO Vagit Alekperov: OPEC has no Future In the aftermath of the Doha fiasco and rumors that another ...