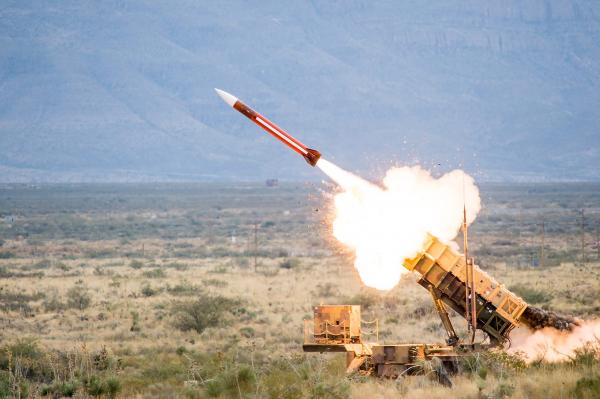 A Patriot Air and Missile Defense launcher fires an interceptor during a previous test at White Sands Missile Range in New Mexico. The latest configuration of the system, called PDB-8, has passed four flight tests and is now with the U.S. Army for a final evaluation.

Missile defense for the US has traditionally focused on fending off ballistic missiles that arch across the sky and fly in a somewhat predictable path, but recently the proliferation of cruise missiles have created a new threat to the US for which there is no current solution.

“While ballistic missile defense has now become established as a key military capability, the corresponding counters to cruise missiles have been prioritized far more slowly,” Thomas Karako, a senior fellow at the Center for Strategic and International Studies, said last year.

“In some ways, this is understandable, in terms of the complexity of the threat, but sophisticated cruise missile technologies now out there are just not going away and we are going to have to find a way to deal with this — for the homeland, for allies and partners abroad, and for regional combatant commanders.”

Unlike ballistic missiles, that thrust high into the earth's atmosphere and loft down, rockets propel cruise missiles through the duration of the flight. This enables the missile to hug the ground, wind through mountains, and even accelerate in the last phase of an attack. In short, cruise missiles present a completely different set of challenges for missile defense.

Additionally, the US's most advanced adversaries, China and Russia, have developed extremely rangy cruise missiles that pose real threats to targets even in the US mainland.

The biggest problem with detecting cruise missiles remains the need for an elevated platform to observe them. A ballistic missile falling from the sky is fine to observe from the ground with sensors pointing up, but the low-flying cruise missiles demand some kind of airborne system to see and track the threats that skim just above the surface.

A few possible solutions have been proposed to address this problem, each with their own strengths an weaknesses, but "the important thing is we need to be doing something, and right now we're not," Karako said in a recent interview with Defense News.

One solution would be to place targeting pods to search for cruise missiles on F-16s or UAVs that patrol the US, but these are limited to the time the planes can stay in the air, and the range they can observe. Another solution involves floating giant balloons with sophisticated radars to track the movement of small airborne vehicles off the US's coast, but the US would require many of these costly installations.

Also, the airspace around the US coasts is very congested with all types of aviation, further complicating the scenario.

With the problem of cruise missile defense so difficult to address comprehensively, Karako turned his attention to the "left of launch," or the concept of preempting an attack before it begins.

According to Karako, the "left of launch... includes everything from cyber, the suite of counter-proliferation things, but it also includes the ability of a tomahawk to hit a launch pad or a mobile launcher in the field."

Just how far the US is willing to go with "left of launch," or preempting attacks from possibly nuclear-armed and advanced adversaries remains a question for top leadership, but until it's figured out, the US remains very exposed to cruise missiles.